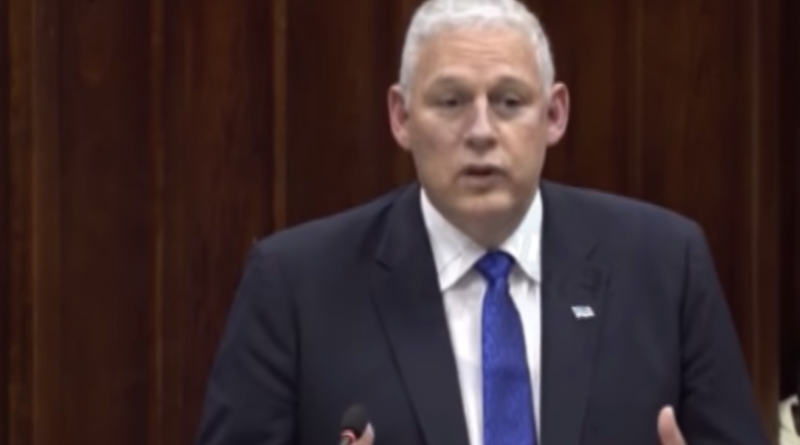 Addressing parliament this week, Saint Lucian Prime Minister Allen Chastanet responded to a variety of matters raised by the opposition about the country’s Citizenship by Investment Programme, including application processing delays, the stalling of Range Development’s planned Ritz Carlton, and the policy of publishing the names of individuals whose citizenships have been revoked, according to a video published by HTS Saint Lucia.

The Saint Lucia government’s decision last week to disclose publicly the names of six individuals from whom it had stripped citizenship, reportedly due to the discovery of unspecified acts they had committed “which may bring Saint Lucia into disrepute”, raised eyebrows.

The Prime Minister explained that while the applicants in question had originally been approved by regional background verification networks, they had been rejected outright weeks later once more thorough-going checks had unearthed information irreconcilable with approval. Chastanet did not specify why the applicants received approvals while more extensive background verification was still ongoing, but expressed concern about the policy of publishing the names.

“We should recognize that if someone is applying to be a citizen here and that, through no fault of theirs, they’re rejected – because there could be a multitude of reasons why they’re rejected – I think having to publish those people’s names, which is – in fact – the regulation now, is something we would have to give serious consideration to because none of the other islands do that,” Chastanet remarked, and further said it was his understanding that the board of the Citizenship by Investment Unit would be reviewing the policy.

“Investors on the fence”

In August 2017, Ritz Carlton signed a management agreement with Range Developments to open a 180-room resort as part of a larger master-development project in Saint Lucia’s Black Bay.

Originally slated for completion in 2021, a discount in the Saint Lucia CIP’s contribution price, as well as a lack of clarity about the future of real estate investment requirements, had “left investors on the fence” and caused delays to the development plan.

Chastanet attributed the delays to “administrative difficulties” but indicated he hoped to re-engage with Range Developments in July, to “re-start the project”, and also emphasized that the developers were in no way to blame for the delay.

“It was all our responsibility. I take full responsibility for it, but I believe that we’re well on the way to turning this thing around and being able to recommence this project.”

Pointing out a silver lining, Chastanet expressed hope that challenging circumstances would help forge a deeper and better relationship with investors and developers.

“I really want to thank Range, in particular, for how they’ve handled the situation,”

Fielding questions about processing delays under the program in recent months, Chastanet chalked the challenges up to the extensive use of third-party verification, a proclivity for extreme prudence, as well as the country’s relative lack of experience running a CIP.

“Being novices at this, we really were erring on the side of caution,” conceded the Prime Minister.