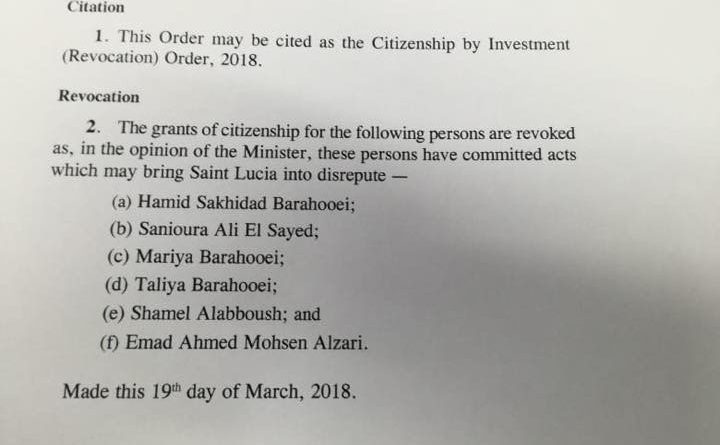 The names of the individuals in question -Hamid Sakhidad Barahooei, Sanioura Ali El Sayed, Mariya Barahooei, Taliya Barahooei, Shamel Alabboush and Emad Ahmed Mohsen Alzari – appeared on Monday in the Saint Lucia Gazette, a formal government document published at regular intervals. The decision to revoke the citizenships was a consequence of acts committed by the six, which had the potential to harm the country’s reputation.

The Gazette did not specify which actions had been committed. See the Citizenship by Investment (Revocation) Order below (image via Saint Lucia News). 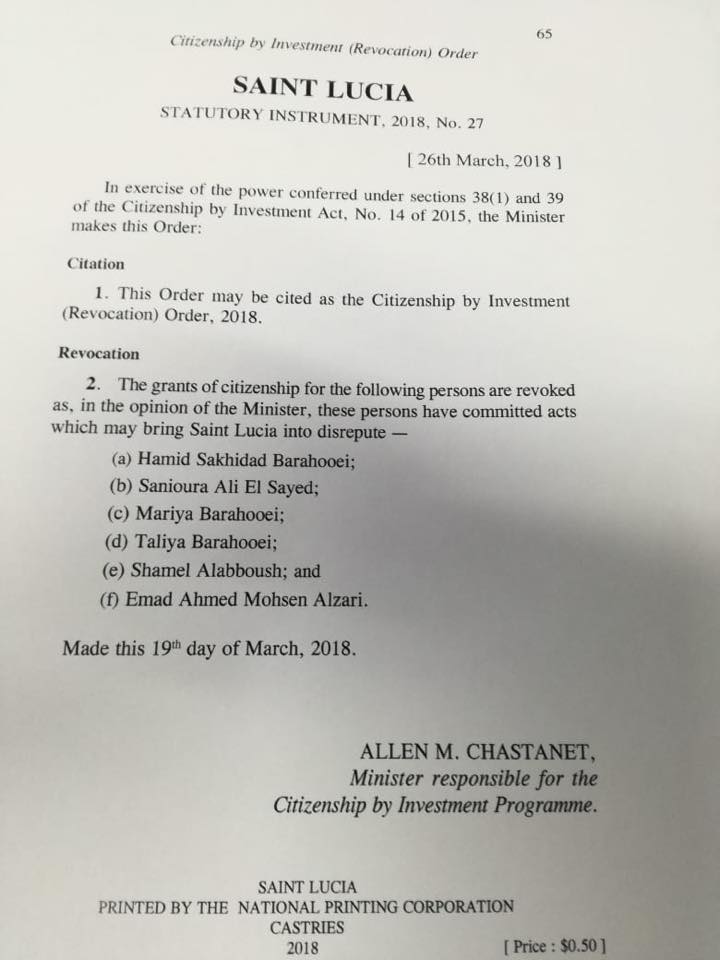