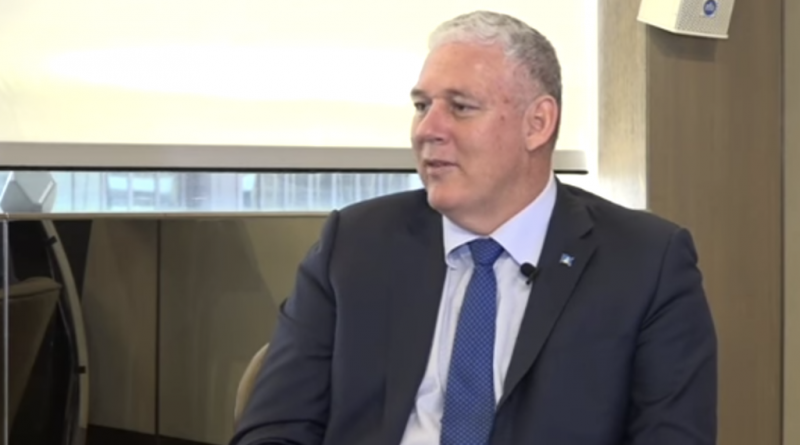 Prime Minister Allen Chastanet of Saint Lucia, home to the Caribbean’s youngest citizenship by investment program (CIP), favors the concept of ceding local control and administration of the region’s CIPs to the Organization of Eastern Caribbean States (OECS), according to an article in the Saint Lucia Times.

Chastanet, together with Prime Minister of Dominica, Roosevelt Skerrit, have been advocating deeper regional integration with regards to CIPs for several months already, calling for automatic information-sharing and common vetting standards. Chastanet has gone so far as to propose full-fledged unification of the region’s programs because, as he told Investment Migration Insider in an interview last year, “we are actually selling citizenship to each others’ countries [anyway]”.

Yesterday, he indicated to reporters that allowing the region’s programs to be administered at the OECS-level would be a good place to start.

“In the absence of it being run out of the OECS, Saint Lucia continues to lobby the other countries to agree on a common pricing structure as well as a common standard as it pertains to he due diligence,” Chastanet said.

Chastanet also pointed out that his country’s CIP was meeting the highest possible standards of applicant background checks, even as it comes at the cost of long processing periods and foregone revenue.

“We have had situations where some applications have taken in excess of 200 days to get approval,” Chastanet observed, referring to the delays occasioned by the Saint Lucia CIU’s insistence on involving local and international law enforcement bureaus in the vetting process, a practice Chastanet believes is incumbent on his administration – as well as others in the OECS –  as a safeguard of the visa-privileges Saint Lucians.

“But I am hoping that there will be one common standard for all the countries of the OECS – and let me remind you that when we have these programmes, not only are we affecting our own border but, because of the regional agreements, it’s an OECS border. It is a CARICOM border. Because of our relationships with Europe, it is a European border, it’s a Canadian border and it is a US border,” posited Chastanet, before adding that “Saint Lucia goes into this program every day understanding the burden that is upon us to make sure that we have a high enough wall in order to protect all the people that have entrusted their trust [sic] with Saint Lucia and we are hoping that everybody is going to do the same thing.”