Yesterday, the Vanuatu Citizenship Commission confirmed it had revoked the approval-in-principle (AIP) and canceled the citizenship application of an investor who participated in the Development Support Program (DSP). The AIP revocation relates to one Abdul Rhaman Khiti, a Syrian national highlighted in a series of articles from The Guardian last month. A number of companies in which Khiti is a shareholder figure on a US sanctions list.

Chairman of the Citizenship Commission, Ronald Warsal, told reporters last month that Khiti’s application “was lodged prior to sanctions on a number of his business and by the time his application came before the screening committee and the FIU there was no adverse finding against him and the commission approved his application.”

The same Warsal promised to conduct a review of all names listed in the Guardian’s series and to take necessary steps, including citizenship revocations, should such be warranted. It was following just such a review that the Vanuatu Financial Intelligence Unit (FIU) was able to confirm that several sanctions against Khiti-affiliated companies were active.

“The Commission has decided to revoke the Approval in Principle issued on 16 April to Mr. Khiti, and hereby refuse, and cancel his application, with no refund in line with S4(b) and S12 of the Citizenship (Development Support Program) Regulations Order No.33 of 2019,” wrote Warsal in a letter yesterday (August 11th) to the local agent representing Mr. Khiti, seen by Vanuatu’s Daily Post.

Note that the Daily Post front-page headline today (“Citizenship Revoked”) is not entirely accurate because, according to Warsal’s letter to his agent, it is Mr. Khiti’s citizenship application that is being rejected. Under the DSP, approvals-in-principle merely represent a confirmation that, contingent on making the final payments and swearing a citizenship oath, the applicant has been cleared by the FIU and Commission for obtaining citizenship. Khiti’s rejection comes after the AIP but, crucially, before the final conferral of citizenship, indicating he had yet to swear an oath and pay the final amount. The Daily Post appears to have conflated the two.

The letter to Khiti’s agent further stated: “We investigated this matter and requested the Vanuatu Financial Intelligence Unit (FIU) to furnish us with a more recent finding on active sanctions, seeing that his initial approval was based on a no adverse finding issued by them on 8 December, 2020. In the FIU check dated 6 August 2021, the FIU have confirmed that several sanctions are active and imposed against five of his businesses, which include those of which he is either a shareholder of, connected to, associate with, affiliated to, owns or in control of, as reported in April 2021. In our determination, we have considered that the FIU have rendered an adverse finding on Mr. Khiti and requested as to apply our discretion and caution in approving his citizenship application.”

Warsal reiterated that Vanuatu was no haven for fugitives, politicians, and people wanted by overseas authorities. He also said the decision needed to be swift to avoid tarnishing the the program.

The FIU issued a statement of its own, explaining in more detail how the different steps in the vetting process take place, as well as their timing.

In connection with the Guardian’s series of articles, the statement said “initial checks conducted on the names mentioned in there did not bring up any adverse findings against the persons. Nevertheless, follow-up enhanced due diligence checks conducted revealed new adverse findings against the respective names which were only recently published, almost a year after the first checks were conducted and a clearance has already been provided to the Citizenship Office.”

Commenting on the news, James Elcocke-Harris of the Vanuatu Investment Migration Bureau said the move had no precedent, as far as he was aware.

“It is the first time, to my knowledge, that someone has had his application retrospectively revoked, upon review, having previously been given an AIP by the Citizenship Commission.”

He nonetheless intimated such decisions were important to protect the program’s integrity and reputation.

“It is clear that the Citizenship Commission is determined to back up in deeds the words of recent months, that Vanuatu will not tolerate being seen as a refuge for individuals who have transgressed the law elsewhere. This act is a demonstration of the Commission’s commitment to defend the integrity of the Program against external criticisms, by whatever means it deems necessary.”

Elcocke-Harris further pointed to the step as a demonstration of the program’s continued focus on improving its vetting procedures.

“Mention is made of ‘enhanced’ retrospective due diligence and this points to the progressive upgrading of due diligence processes that have been gradually introduced by Vanuatu in the past twelve months. My understanding is that further augmentation to the due diligence process is in the pipeline. This is clearly to address the concerns raised by the likes of the EU and is in line with commitments that Vanuatu has made in this respect.”

He also hinted the speed with which the decision was made would inevitably raise eyebrows.

“The swiftness and decisiveness of the action will have taken some by surprise. There will be those who query whether it is fair, or in Vanuatu’s interest, to have the Citizenship Program subject to ‘trial by media’ given that the catalyst for this particular case appears to be a recent, somewhat sensationalist, piece of journalism in the international press.” 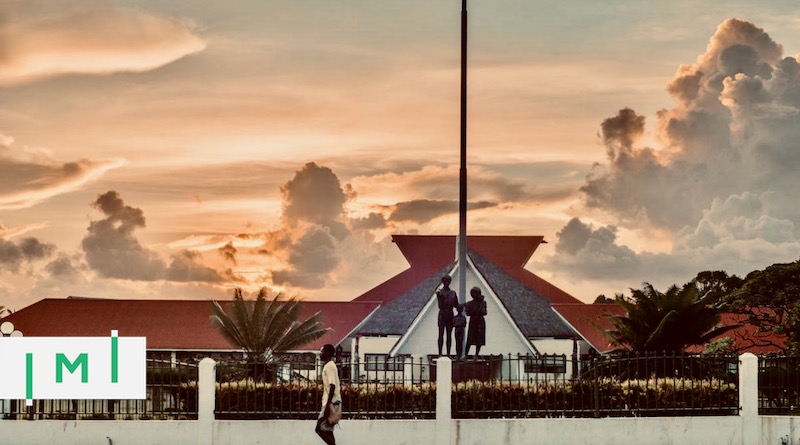