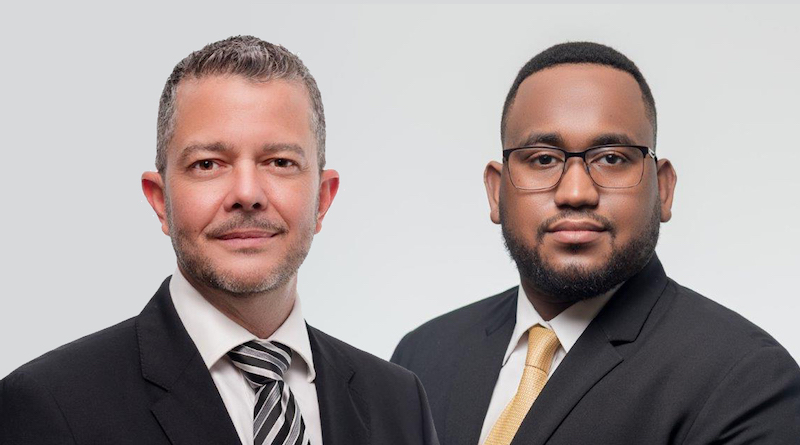 In this series of videos, we get to know Geoffrey DuBoulay and Keith Isaac from the citizenship by investment team at Polaris – an affiliate of one of Saint Lucia’s oldest law firms, Floissac Fleming & Associates.

We engaged in an in-depth exploration of ongoing trends in the Caribbean CBI market and answer some of the most common questions applicants have about Saint Lucia’s CIP, as well as questions international agents have about working with Polaris.

Skip ahead to any topic by clicking the below links:

The Saint Lucia CIP’s Future Under a New Govt

DuBoulay explains what he expects to happen to the Saint Lucia CIP now that a new government has taken over.

“We do have great confidence in the new stewardship,” he says, pointing out that those now responsible for the program were instrumental in bringing it about in the first instance.

“So, there’s an in-depth understanding and great knowledge about CBI generally,” DuBoulay says about the Minister now responsible for citizenship by investment in Saint Lucia.

Part of the reason interest in CBI real estate has remained modest in Saint Lucia, explains DuBoulay, has to do with the spread between the minimum investment under the property route and that of the other options, particularly the COVID-Relief bond option.

“It would take a policy decision” to tip the balance more in favor of real estate, he says, pointing out that the market will naturally gravitate to bonds that where the principal is recoverable and capital requirements are lower.

Hoping to avoid “white elephant” projects observed in other Caribbean CIPs, explains Keith Isaac, the Saint Lucia government has emphasized de-risking and the implementation of multiple safeguards for the real estate option, such as robust escrow agent arrangements.

“It’s taken more time than you would expect to get these things in place,” Isaac comments.

Why the number of American applicants is rising sharply

“There’s been a substantial increase in American applicants,” reveals DuBoulay. “They were virtually non-existent prior to COVID.”

The pandemic, the election of Joe Biden, and the concomitant plans for wealth taxes have been a chief driver of the trend, according to the feedback DuBoulay is getting from his American clients.

Why are applicants picking Saint Lucia over other Caribbean alternatives?

While Saint Lucia, of course, offers much of the same as other CBI jurisdictions in terms of visa-free travel, it differentiates itself by being one of the relatively larger such countries in its region, says Isaac.

“Saint Lucia has a fairly large population for the Eastern Caribbean, 180,000 people.”

He also points to a well-developed infrastructure, both physical and financial, a considerable supply of high-end real estate, and a large ex-pat community. These factors, he says, make Saint Lucia a viable option for those who would actually consider a physical relocation.

Why more CBI-applicants are now physically relocating to Saint Lucia

“There’s been a massive uptick in the number of people considering physical relocation [to Saint Lucia under the CIP], particularly among Americans, I’ve realized,” remarks Isaac.

Many of them, he notes, are American crypto-investors who would like to improve their tax terms by living under a crypto-friendly tax regime.

Living in Saint Lucia is more practical than in many other CBI jurisdictions also because of the many destinations within reach from the country’s international airports.

“There are direct flights to the UK and the US, and there are two airports so there’s good regional travel.”

To enjoy the tax benefits of being Saint Lucian and living in the country, Americans would additionally need to give up their original citizenship. Many worry about how they will later be able to access their country of origin to visit friends and family or to conduct business.

Isaac points out that Saint Lucians routinely obtain long-term visas to the US and that the procedure for obtaining one is straightforward in most cases.

“I can probably name, off the top of my head, at least a hundred people in Saint Lucia who have US visas. It’s not a very difficult process.”

Why are clients choosing to work with Polaris in particular?

“Being a 60-year-old law firm, we have amassed quite a wealth and a cadre of exceptional clients and, though you may not believe it, also a global network,” says DuBoulay, pointing out that his firm’s expertise goes well beyond citizenship by investment, enabling clients to trust that Polaris can assist in matters extraneous to CBI.

He also highlights his firm’s membership in the exclusive global law network Lex Mundi, as the only Saint Lucian firm, the continued membership of which requires a rigorous vetting process.

“It gives the client a level of confidence that they are dealing with people of good standing.”

Isaac highlights the firm’s membership of the IMC and the certification many of its team members have from that organization as badges of quality. But perhaps more important, he says, is the firm’s focus on outcompeting other firms on service.

Why international agents engage in B2B cooperation with Polaris

Isaac emphasizes that, unlike many other agents who are Caribbean CBI generalists, Polaris specializes in Saint Lucia. Such deep familiarity with a single program enables the firm to save time and money for its B2B partners:

“Just one common example: Various CBI countries require an HIV test as part of the due diligence process. Saint Lucia does not. But if you don’t know that, you’ll have your client take that HIV test, which obviously is a waste of money, a waste of time, and completely pointless.”

DuBoulay says one of the main reasons international marketing agents choose Polaris for B2B cooperation is that the firm can be trusted to take over a client relationship from the very beginning, eliminating the agent’s need for hands-on follow-up of the process.

To learn more about becoming a client or B2B partner of Polaris, contact keith.isaac@floissaclawyers.com or visit the Polaris website.