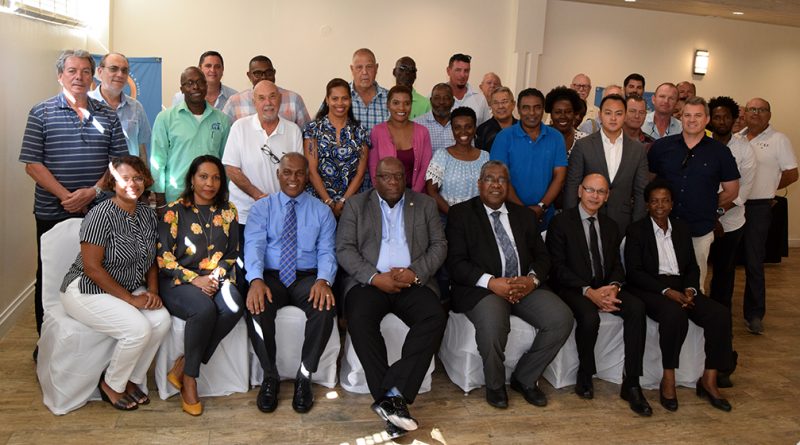 On Friday, Prime Minister Timothy Harris of Saint Kitts & Nevis held a meeting with CIP-approved property developers to listen to their concerns as well as update them on proposed policy changes relating to the real estate option, which are currently being deliberated at the parliamentary level.

Speaking about ongoing parliamentary discussions to reform the CIP, including changes to the real estate options, Prime Minister Harris said Friday that “we have, as a Cabinet, been attempting to put those reforms, which in our view would help to incentivize our CBI programme and make it much more attractive. The exercise today was basically to give you a sense of where we are likely to end – nothing is cast in stone – and by and large to get some feedback with a view of crystallizing some of the issues raised, we certainly are taking notes and we are going to have further reflection on these with our technical team.”

You can read more about that meeting here.

Whereas real estate options have traditionally been priced at between 1.5 and 2 times the cash contribution, recent price drops for contributions have seen this ratio skew upward to 3x (Saint Lucia) and even 4x (Antigua & Barbuda).

Saint Kitts & Nevis already took steps to level the playing field for developers last month by cutting the government fees on a family of four applying to the CIP under the real estate option from US$125,000 to US$75,000, but further improvements appear to be forthcoming.

During Investment Migration Insider’s tour of the five Caribbean CIP-countries last month, several CIU-heads and property developers hinted at upcoming changes to the real estate investment requirements, indicating a reduction in minimum investment, possibly by allowing CIP-applicants to co-invest in units. While no such changes have received definite approval as yet, the likelihood that at least one country will update its real estate investment policy in the coming weeks is substantial.