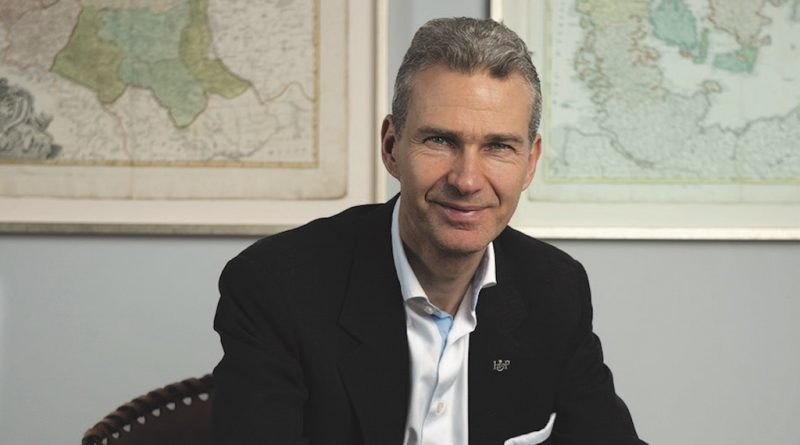 “The investment migration industry will soon reach US$ 20 billion annually,” says Dr. Christian Kälin, CEO and Chairman of Henley & Partners, the man widely regarded as the architect of the modern citizenship-by-investment industry, dubbed by Bloomberg as “the Passport King” and by others as “Mr. Citizenship”.

“Depending on how you calculate it, of course, citizenship-by-investment contributes about US$ 3bn a year, while the much larger residence-by-investment sector contributes about US$15bn a year, according to our latest estimates. The industry as a whole, therefore, stands at around US$ 18bn, and with the globally expanding demand and further new programs being implemented – such as Moldova and Montenegro this autumn – we should reach US$ 20bn in a year or two”, he adds.

Kälin is to citizenship by investment what Henry Ford was to the automobile – he may not have invented it, but he did standardize, popularize, and globalize it.

In what’s later come to be seen as a pivotal moment in the industry’s history, Kälin – and the firm he now leads – in 2006-2007 advised the government of Saint Kitts & Nevis – which at the time struggled with high rates of unemployment due to the closure of its unprofitable sugar industry – to reform and revive its CIP.

The Swiss-born legal scholar helped the Kittitian government at the time realize that their citizenships were something akin to a natural resource and that, just like other natural resources like oil or minerals, it would have a demand – and a price – if only it could have standardized terms and procedures and proper due diligence, and be presented to a global market.

Since then, the citizenship by investment industry has grown from three jurisdictions to encompass more than a dozen, and several countries are actively planning to open programs of their own in the coming years.

“I think it is set to become one of the major industries of the future, along with the sharing economy, self-driving cars, or cryptocurrencies,” Kälin forecasts.

Kälin notes he’s recently launched a new, personal website, featuring a selection of his speeches, publications, and media coverage, but also details about his work with the United Nations High Commissioner for Refugees (UNHCR).

“I registered chriskalin.com over 10 years ago with the aim of creating a personal website, and finally decided it was time to launch it. It invites people to explore the publications I have produced or to which I have contributed over the years, as well as to learn a little more about who I am and why I am passionate about citizenship as well as the issue of forced migration, one of the global issues of our time. In many respects, the website is an effort to break down barriers and promote understanding, not only of me personally but also of investment migration more generally,” writes Kälin in response to an e-mail inquiry from the editor.

As an influential figure and a “poster boy” for a contentious industry, Kälin has, not surprisingly, accumulated his fair share of critics, particularly in the mainstream media. Beyond elaborating on Kälin’s weltanschauung, therefore, the website is also meant to counter media coverage that frequently takes a disproportionately dim view of the industry, makes it appear shadowy for no real reason, and sometimes casts Kälin personally in the role of antagonist.

“Although perceptions are changing rapidly, and investment migration is becoming a major industry, the subject is still an emotive and contentious one for some people. This sector, and myself as its pioneer and one of its leading figures, can sometimes be perceived as controversial,” admits Kälin.

“It is important therefore to shed light on the facts and provide a further platform for information and education. This site aims to do that,” explains Kälin.