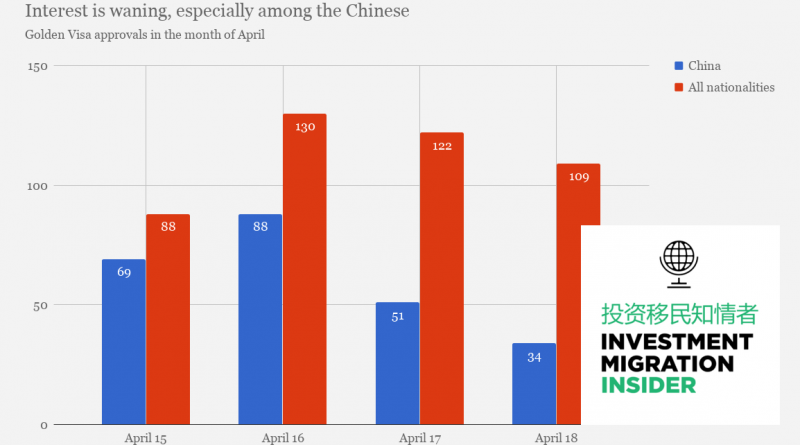 Official figures from Portugal’s Immigration and Borders Service show that while the country’s Golden Visa program raised €103M in April, interest in the program is falling rapidly, particularly among the Chinese.

– China remains the top source country for applications, with 34 main applicants obtaining their golden visa in April. Since the start of the program, 3,805 Chinese main applicants have received approvals.

– Total application volume keeps falling. April 2018 was the lowest-grossing April in three years. For China, the trend is particularly pronounced, with April 2018 posting the lowest application figures on record.

Why is Chinese interest falling so precipitously? 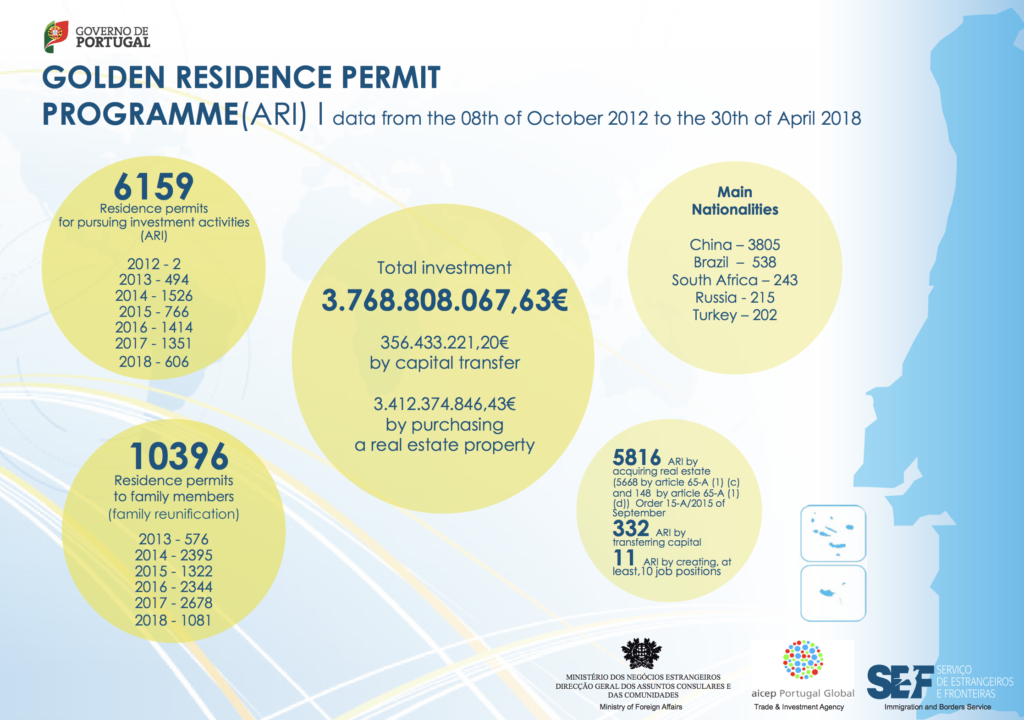 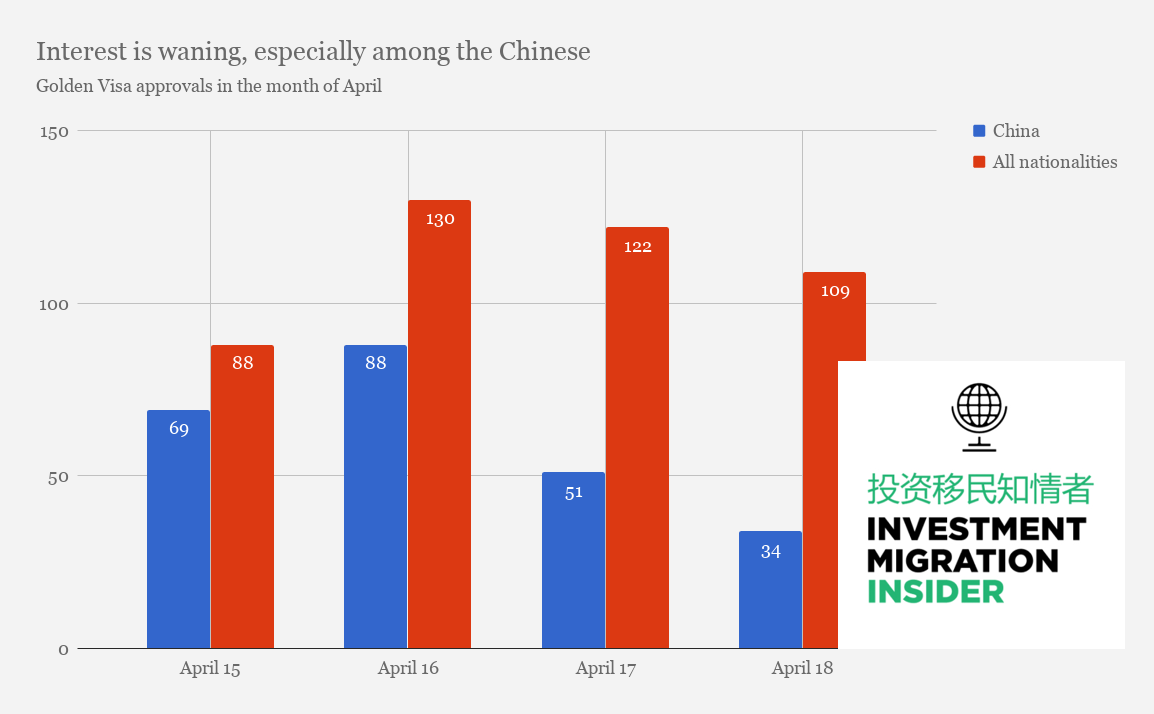