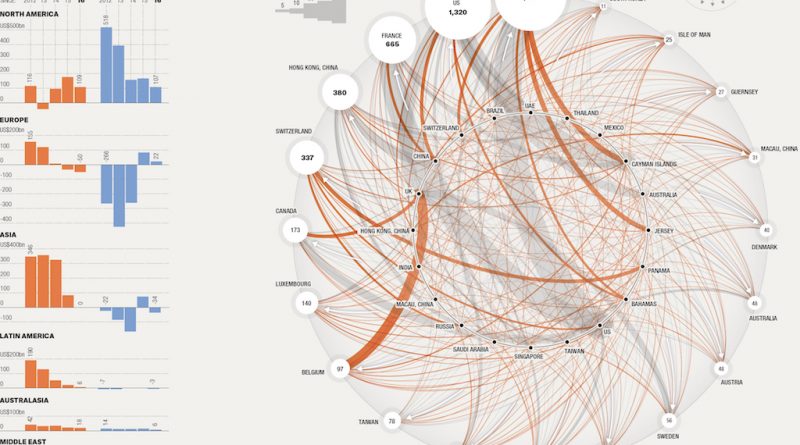 34% of Ultra High Net Worth Individuals (UHNWIs) – defined as those with a net worth in excess of US$30 million – have already obtained a second passport, according to Knight Frank’s 2018 Global Wealth Report.

A further 29% of respondents to the report’s Attitudes Survey said they planned to purchase a citizenship, while 21% said they were considering permanent emigration.

While 24% of Asian and North American, 28% of African, 26% of Australasian, and 31% of European UHNWIs held more than one citizenship, a full 39% of Middle Eastern, 41% of Latin American, and a whopping 58% of ultra-wealthy individuals in Russia/CIS held at least two passports.

The comparatively lower rates of dual/multiple citizenships among Asians is most likely explained by the prohibitions on such in countries like China (home to a big chunk of the region’s UHNWIs), coupled with the relatively “good” passports already available to nationals of Japan, South Korea, Taiwan, and Hong Kong (home to most of the rest of the regions ultra-rich).

Wealthy Latin-Americans, on the other hand, hold second passports at a very high rate, but not necessarily because they’ve participated in a CIP; large swaths of the economic elites in South America hold Spanish passports, usually acquired by rights of descent.

Growth in demand for citizenships acquired through investment has resulted in “a bidding war, as more countries seeking new sources of revenue try to encourage foreign direct investment in return for citizenship,” notes the report, referring to what investment migration industry observers have termed, alternately, the “price war” and “race to the bottom” among Caribbean citizenship by investment programs.

The report prognosticates that “as the industry matures, it will provide a major source of future revenue for countries that lack alternative exports,” but that reputation risks related to the selling of citizenships were also on the rise.

Joseph A Field, a partner at Withers Worldwide, indicated authorities were increasingly concerned that residence and citizenship by investment programs could be used for tax evasion purposes and said that “if this idea gathers momentum, it could potentially create problems for the countries involved”.

“In certain Caribbean islands, program revenues account for up to a third of GDP. The potential profitability of the channel has led to investment migration policies spreading, allowing small economies to formalize and scale up previous informal offerings of residency and citizenship,” said Surak.

“Programs are only as strong as their weakest link,” said Dr. Christian Kälin, Chairman and CEO of Henley & Partners, “and the most appealing are those with the most stringent processes in place. The only programs worth considering are those that uphold high standards of due diligence and are free of corruption. These are the ones that draw credible, wealthy, and talented individuals with valuable business networks and entrepreneurial expertise to a country, enriching its social and economic capital.”