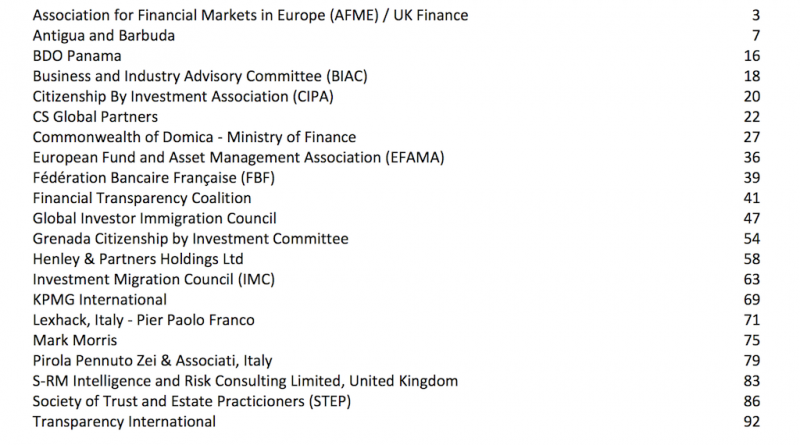 In late February, the Organization for Economic Cooperation and Development (OECD) issued a public consultation paper in which it expressed concerns that residence and citizenship by investment (RCbI) programs may be used to circumvent the Common Reporting Standards (CRS). Last week, the OECD published a compilation of the responses it received, which included comments from well-known service providers in the investment migration industry.

Among the respondents were stakeholders from the industry, both public and private. RCbI service providers (such as Henley & Partners, CS Global, KPMG, and BDO),  industry associations (the IMC, the French Banking Federation, STEP etc), sovereign governments (Antigua & Barbuda, Grenada, and Dominica), as well as advocacy groups not directly involved in RCbI, such as Transparency International, all offered suggestions and clarifications.

While the original report, to the OECD’s credit, acknowledged that RCbI, as such, had nothing to do with CRS-circumvention, the paper pointed to apprehensions the OECD had with the issuance of tax certificates, some of which were directly addressed by several respondents.

Dominica’s Ministry of Finance pointed out that “receipt of Dominican citizenship through the Citizenship by Investment Programme puts persons in no better position to avoid properly declaring their tax status under the CRS than would be the case for any person holding dual citizenship.”

A common conclusion drawn by many respondents was that increased automatic information sharing between RCbI jurisdictions would prevent inadequate or misleading reporting.

The suggestions offered by the different respondents differ widely. We, therefore, suggest that interested parties peruse the document in its entirety here.