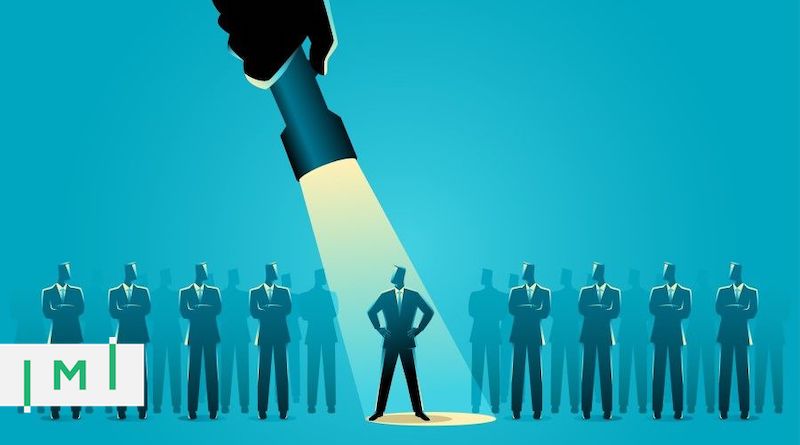 The reason we don’t is that whereas we can objectively define “good” countries and support that definition with empirical data, the definition of “good” immigrants eludes us because any individual country must, inevitably, reach a conclusion on the matter by considering subjective preferences.

There is broad consensus on which countries are “good” for immigrants…
While we can argue the finer points of which wealthy liberal democracy merits the top spot in a particular nationality ranking and, therefore, should command the greatest interest from migrants, everyone agrees that the most attractive countries are wealthy liberal democracies. Nobody is arguing that Somalia belongs in the top 10.

The proof of the pudding is in the eating; Mexico isn’t building a wall to keep out Texans. Syrian border patrols are not catching truck drivers trying to smuggle in a dozen Belgians. Undocumented Libyans risk their lives crossing the Mediterranean in rickety rafts and proceed afoot until they reach Stockholm, not Mogadishu.

…but which immigrants are “good” for a particular country must be individually defined
While we can measure which countries, overall, are the most attractive to immigrants and turn those measurements into indices and rankings, we cannot render a one-size-fits-all answer in the opposite direction. There is no “Good Migrant Index” because there is no readily quantifiable, objective, or universal answer. Nor can there be because the ideal migrant for country A might be unsuitable for Country B.

France, for example, would be better served – all else being equal – by getting immigrants from francophone rather than lusophone countries, while the reverse is true for Portugal. The UK needs more computer science graduates; India has far more than it can realistically employ.

Such imbalances exist across the globe and, in virtually all cases, are woefully under-addressed. The nascent and innovative investment migration industry, however, has begun – perhaps inadvertently – to solve the problem.

While naturalization policies differ widely across the world, one common attribute of all sovereign countries – even those that are part of supranational constellations like the European Union – is that the choice of whom to naturalize is at their discretion. In fact, this very discretion is a fundamental tenet of sovereignty; if you can’t choose whom to make a citizen, you are not a sovereign country.

This autonomy in matters of citizenship is one of the world’s most under-exploited resources. But that is rapidly changing.

If your country has 70 million more men than women, for example, you could choose to naturalize only young, unmarried women. If a state wanted to naturalize exclusively those who were above or below a certain height or weight, who had a certain hair color or sense of humor, they could. These examples are whimsical, of course, but I mention them to drive home a point: Countries are free to formulate a laundry list of traits, no matter how seemingly arbitrary or ridiculous, that define their dream immigrant. That is their prerogative as an independent state, one of which far too few countries are taking advantage.

While the answer to ‘what is a dream immigrant?’ will be different for each state, there are certain characteristics all countries can agree are desirable in immigrants, such as:

Then there are those attributes that a country may wish to add to its wishlist, such as:

This approach is practiced to some extent among Anglospheric countries that apply a “points-based” system, but they could take it much further.

Jus meritis and tiered financial requirements
Having an investment migration program that mandates a particular investment amount and no criminal record is a good start. But why stop at that? Why not streamline your program so that your country gets precisely the people you want and need?

Consider, for instance, a set of tiered minimum investment requirements that apply in accordance with how well the prospective citizen fits the description. Take a range of criteria and rank them according to importance. Say you have 10 different criteria that look something like this:

Universities follow this model: The closer an applicant is to their image of an ideal candidate, the greater the share of that student’s tuition is covered by scholarships. The very best candidates get a “full-ride” scholarship, which means they not only pay nothing for tuition but also get extra pocket money.

The bright future of countries that are proactive in choosing whom to naturalize
Attractive countries worry about letting in the wrong people, those who would become financial burdens or cause social disintegration. And they are right to be concerned about that. But they don’t worry nearly enough about all the stellar people they are not attracting for a lack of coherent policy.

Transparency International, Global Witness, and the European Commission fret over a tiny trickle of intensely pre-screened, demonstrably law-abiding and productive individuals coming in through the CIP “back door” because, on an ideological level, they find the notion that wealth can get you privileges unpalatable.

In reality, the more appropriate analogy for CIPs is that they represent the front door through which an applicant may walk only after passing metal detectors, x-ray machines, and sniffing dogs. Those who would oppose citizenship by investment without coming across as altogether hypocritical must first demonstrate what is so much safer about the nearly one million who become EU citizens each year through far more lightly controlled conventional channels, like family reunification or marriage (not to mention the thousands of actual passports-for-cash crimes committed by government officials in Romania and Bulgaria, cases I have yet to see addressed by Global Witness, OCCRP, or Transparency International).

In a mobile, globalized, connected world, states must compete for talent and capital. Smart leaders in a handful of countries recognize the value of not merely keeping out the bad apples but also proactively courting those prospective new citizens who would constitute a net benefit to society; those with a track record of economic contribution and moral integrity.

In the EU, two countries – Malta and Cyprus – have taken the proactive approach. They are very selective, very picky. They have high standards and are hard-to-get. The European Commission sees it as a problem. But the problem isn’t that Malta and Cyprus have CIPs. The problem is that the other 25 member states don’t have them.

Your country can have any kind of immigrant it wants simply by systematically defining who it wants and setting up a framework that enables those individuals to naturalize in as frictionless a manner as possible. If you want the crème de la crème of immigrants, all you have to do is ask.

And that is what investment migration is all about.