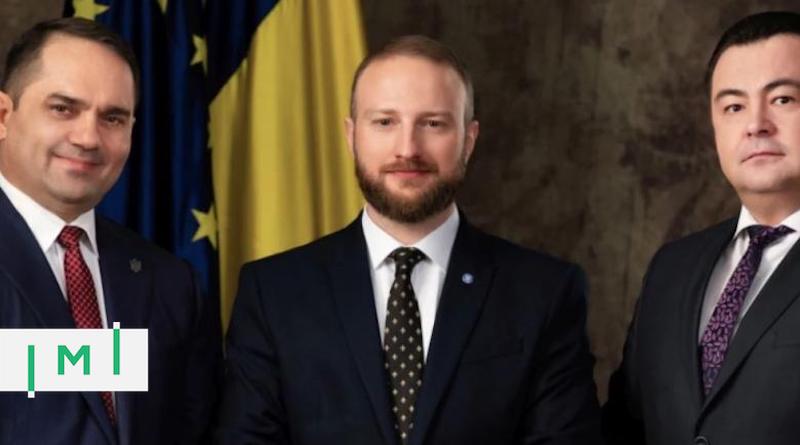 In October 2018, we reported on a large-scale bribes-for-passport scheme in Bulgaria:

Bulgarian authorities have arrested more than 20 state officials employed in the Agency for Bulgarians Abroad on charges ranging from corruption to forgery in a large-scale scam that prosecutors allege provided false certificates of Bulgarian origin to foreigners, enabling them to obtain EU passports, according to Euractiv.

Local prosecutors said they had arrested the head of the agency along with more than 20 of his subordinates for abuse of office, bribe taking, organized crime, and the falsification of documents. The scam, said the prosecutors, had provided fraudulent documents that enabled between 30 and 40 foreigners a week to obtain citizenships in Bulgaria.

Most of the fraudulent applications came from nationals of Moldova, Ukraine, Serbia, and Macedonia, who reportedly paid up to EUR 5,000 for false certificates of Bulgarian origin.

Now, VICE News reports on a case in Romania eerily reminiscent of the Bulgarian one.

“[…]the Romanian Ministry of Justice is investigating hundreds of cases of Romanian passports allegedly being granted to people without proof of Romanian heritage. […] the scheme has allegedly allowed a large number of Russian applicants, among other nationalities, to not only skip the queue for citizenship but dodge legal requirements for Romanian and EU citizenship.

[…]the EU member allegedly gave citizenship to Russians, Ukrainians, Moldovans and Belarusians with no connection to Romania. According to the accusations, the applications were pushed to the front of the queue and personally approved by high-ranking Romanian officials. The report pushed for the dismissal of the institution’s three leaders: president Andrei Tinu and vice presidents Varol Amet and Sorin Bozgan.

There are generally two routes to Romanian citizenship (neither of which include the possibility of naturalization through investment): Article 8 and Article 11 of the Romanian Citizenship Law. Article 8 provides for the obtaining of citizenship in a conventional manner; many years of continuous residence, marriage to a Romanian, as well as exams covering Romanian culture and language.

Article 11, however, provides for the naturalization of individuals whose ancestors lost their Romanian citizenship due to occupations of Romanian territories in various wars and border disputes over the years. It is more correct to call this avenue the “regaining”, rather than obtaining, of citizenship.

This path is open to those who can prove that their ancestors (up to the third generation) lost their Romanian citizenship involuntarily. The law is mostly applicable to those whose Romanian parents, grandparents, and great-grandparents lived in formerly Romanian territories, such as parts of modern-day Moldova or Western Ukraine. Three generations ago, Romania stretched as far east as beyond Odesa; well into today’s Ukraine.

Of all citizenship applications filed in a typical year in Romania, about 97% are of the Article 11 variety while, last year, only 412 individuals became Romanians through the conventional route.

It now appears that several thousand Russians, Transnistrians, Ukrainians, and even Belarusians (Belarusian territories were never near Romania) whose relatives were never Romanians have obtained Romanian citizenship thanks to corrupt officials in Bucharest who expedited their applications without verifying their supporting documents. While in 2015, only 950 Russians applied for Romanian nationality under Article 11, that number reached 3,150 in the first eight months alone of 2019.

Romanian law requires all citizenship applications be approved by the Citizenship Committee, a National Citizenship Authority body that was until recently headed by president Emilia Gina Tache. The committee can request extra paperwork to prove the applicant’s descent and contact their country of origin to verify the papers. However, the report found 1,600 examples of applications where supplementary documents were requested but never delivered. Instead, the cases were labeled as “urgent” without a plausible cause and reassigned to high-ranking committee members who approved them without checking the extra documents. In 363 cases, the paperwork simply vanished.

The General Prosecutor’s Office has now opened criminal proceedings against several high-ranking officials, including the president of the National Citizenship Committee, who have an extremely checkered track record and have been acquitted in the past of charges ranging from bribe-taking to drug trafficking.

On several occasions in the past, IMI has highlighted the absurdity of European politicians’ concerns about investment migration from a national security perspective in light of the actual threat of large-scale, widespread citizenship fraud in peripheral EU countries.

While problems of terrorism, money laundering, and organized crime pertaining to citizenship by investment remain overwhelmingly hypothetical, real-world cases of the same are commonplace within the ordinary streams of naturalization, especially in southeastern Europe.

EU bureaucrats who express concerns about CIPs would be wise to focus on illegal and irregular passports-for-bribes activity in their own ranks.