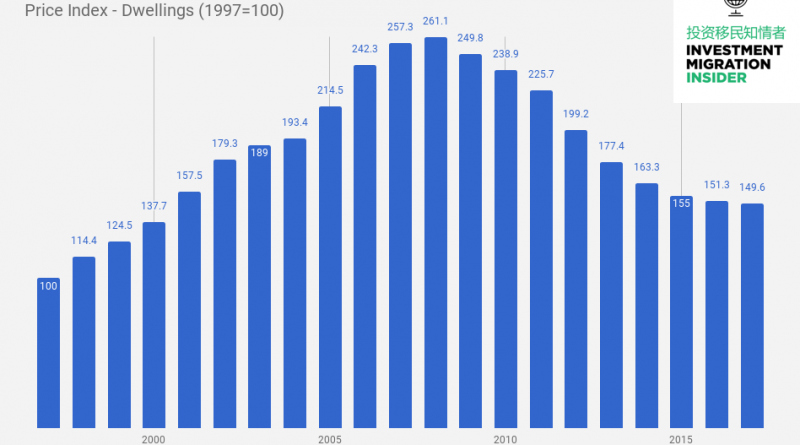 Following eight consecutive years of decline, Greek residential real estate prices appear to be bottoming out. The country’s golden visa program can take much of the credit for putting the breaks on.

Figures from the Bank of Greece reveal that, by the third quarter of 2017, home prices nationally had fallen by only 0.07% year on year. Urban areas are doing even better: During 2016, average apartment prices in Athens fell by 0.35% but, adjusted for inflation, prices actually rose slightly, by 0.15%. Foreign buyers looking to get a residence permit as part of the deal are leading the upward trend. 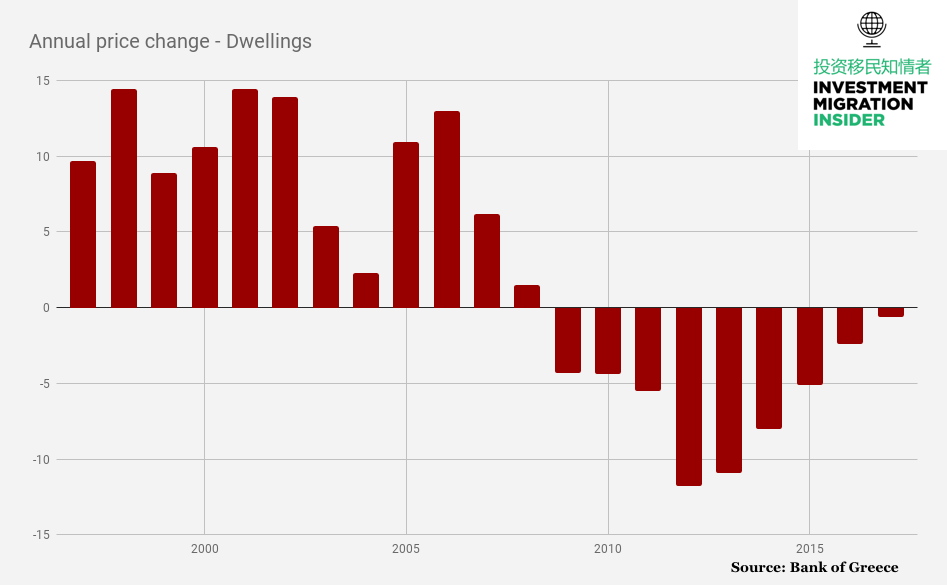 While off to a slow start initially, Greece’s golden visa is quickly becoming one of the most popular such programs in Europe. Investment Migration Insider recently reported that the scheme was on track for a record year in 2017 and had raised EUR 1.5 billion since starting in 2013. As of October this year, 2,079 individuals had obtained residence permits in Greece under the program, up from the cumulative 1,404 investor visas issued by October last year.

Three main factors are driving the surging interest in the program.

The first is its low price compared to rivals. While Spain and Portugal offer residence permits in exchange for real estate investments of EUR 500,000 (350,000 in certain cases for Portugal), a Greek one may be had for a mere quarter of a million.

The second is an abrupt increase in interest from Turks, which experts attribute to the increasingly authoritarian and illiberal rule of the Erdogan administration, as illustrated in a special report by the BBC yesterday: 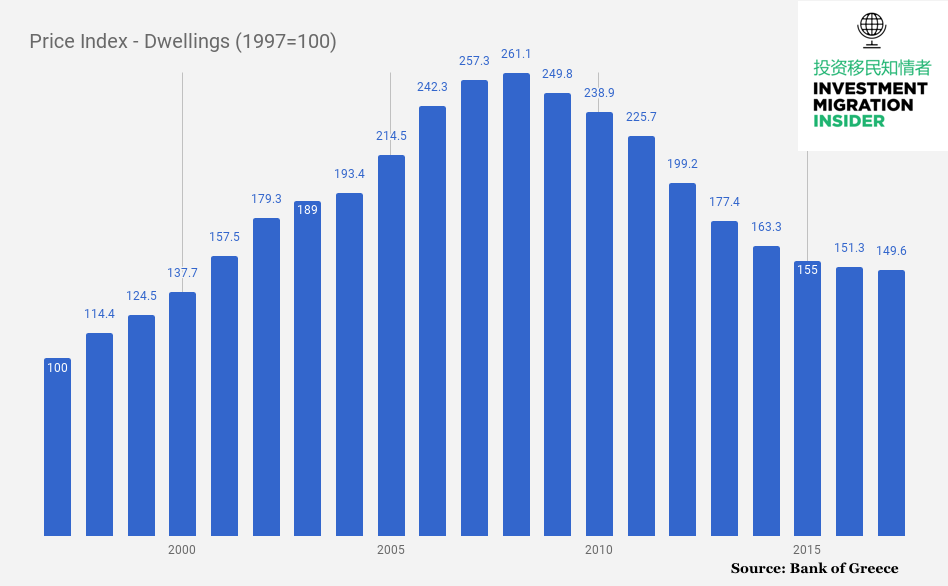 Selcan Turk, a Turkish estate agent in Athens, took me around an apartment with a view of the Acropolis that she recently sold to a Turkish family. Last year, she showed three properties a month to Turks. Now it’s three a week.

“People don’t feel safe in their country anymore regarding human rights, democracy and justice”, she said. “They feel here that there is real democracy and freedom”.

Accounting for 8.2% of investors, Turks are now the third largest applicant group for Greece’s program, after the Chinese (42.7%) and Russians (18.9%).

For a fistful of rubles

The third catalyst for growth in the Greek golden visa program is the ease with which foreign investors are now able to snap up properties at cut-rate prices. Residential properties in Greece are, on average, down 42% since the peak in 2008 but, recently, the Greek Finance Ministry began a series of online auctions to sell off foreclosed homes, luring foreign investors with even greater bargains. The National Herald explains:

Banks are being directed by the government and the country’s lenders to cut a mountain of bad loans and low prices of property, included foreclosed homes, have caught the eye of investors who could try to flip them or rent through platforms such as Airbnb, although the government is setting taxes up to 45 percent on short-term rentals to appease hotel owners who don’t want competition.

The low prices and the profit prospects and Greece’s August 2018 exit from three international bailouts of ($388.96 billion) have investors keen to make a killing off the losses of Greek property owners squeezed out by austerity, with foreign investment funds and foreign individuals lining up […]