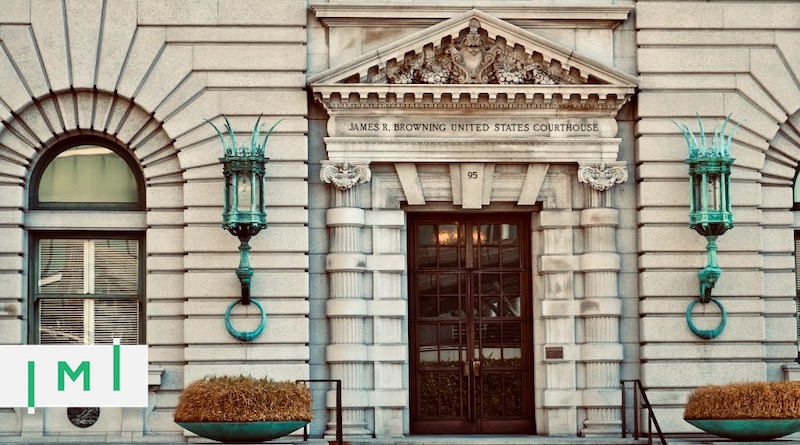 IMI previously covered the June 22, 2021 ruling in the Northern District of California in the court case Behring Regional Center LLC v. Wolf, which invalidated the November 2019 Modernization Rule. The Behring ruling set off a flurry of new I-526 filings [the initial application in the EB-5 process] as the EB-5 program was suddenly reset to its TEA $500,000 minimum and more liberal designation policies.

The rebirth of a program, which was lagging in new filings for the previous 20 months, was short-lived. The EB-5 Regional Center program’s authorization lapsed at the end of the day on June 30. While Direct filings may continue, the failure to renew the Regional Center program has caused major problems and fueled immigrant investor confusion and anxiety.

Notwithstanding the lapse, on its last possible day, the U.S. government noted its appeal of the Behring ruling. As we now are halfway through September, the timing of the appeal raises additional uncertainties for EB-5 stakeholders seeking more stability following several months of chaos. The appeal could result in the program’s reversion to its $900,000/$1.8 million thresholds. Or, perhaps, it will be mooted as early as this month if Congress takes action. Let’s discuss how we got here and where things might be going.

How did we get here?

The US Government lost in Behring based on a rationale that fueled losses in similar suits seeking invalidation of Trump-era immigration regulations. Briefly restated, the plaintiff sought to invalidate the EB-5 Modernization Rule for a litany of legal bases. The theory that proved to be victorious was that Former Acting Homeland Security Secretary Kevin McAleenan and his successor Chad Wolf were not properly serving in their position. The Trump Administration had never bothered to send Mr. McAleenan or Mr. Wolf before the U.S. Senate for a Confirmation vote as required by the US Constitution, and statutory exceptions to the Confirmation process were inapplicable. Further, a purported “ratification” by current DHS Secretary Alejandro Mayorkas (who was confirmed in 2021 after his appointment by President Biden) was held to have no curative effect.

Accordingly, the November 2019 regulations were vacated in total. In its briefing, the Government did not endeavor significantly to request a stay (that is, a pause from going into immediate effect) of the ruling. Judge Jacqueline Scott Corley declined to rule on this mere “one-sentence request for a stay which was only raised in a footnote in its brief.”

It did so on the last possible day, August 23rd.

What happens next? How does the appeal process work?

In the U.S. federal court system, a series of 13 Circuit Courts sit between District Courts of original jurisdiction and the Supreme Court. All but two of the Circuit Courts encompass multiple states. Because California sits within the Ninth Circuit (encompassing the West Coast and several inland states), jurisdiction for deciding the issues in Behring is now vested with that Circuit Court of Appeals. The case now has a different caption and number, as it is in a different court.

Generally speaking, after an appeal is noted, the appellate court clerk commences the action by setting deadlines and sending the parties’ associated initiating documents. This process includes a Briefing Schedule, which sets out the due dates for the parties’ written papers to be submitted.

In Behring, the Government’s opening brief is due December 6, 2021. Behring’s response is due January 6, 2022. Notably, these deadlines are subject to change. Once the papers are submitted, three judges of the Ninth Circuit will consider the District Court’s decision as well as the parties’ arguments to sustain or reject the appeal. It is also possible for the court to hear the case en banc, where every single judge serving on the court would hear the matter – much like how the US Supreme Court operates. Oral argument is also possible, perhaps even likely.

There is no mandated timeframe for the Circuit Court to act. Data provided by the judiciary indicates that the median time frame from filing the notice of appeal to the Ninth Circuit entering a final order in a civil case is 15.3 months. Of course, this data incorporates many kinds of civil cases, including those between private litigants that do not involve national importance, in contrast to Behring. One might expect this case to move forward more quickly given what is at stake.

What is the law now and could the Ninth Circuit change that?

The District Court ruling remains intact. As of now, the Government has not sought a stay of its ruling pending the appeal with the Ninth Circuit. USCIS’ website now states as follows:

Alert: On June 22, 2021, the U.S. District Court for the Northern District of California, in Behring Regional Center LLC v. Wolf, 20-cv-09263-JSC, vacated the EB-5 Immigrant Investor Program Modernization Final Rule (PDF). While USCIS considers this decision, we will apply the EB-5 regulations that were in effect before the rule was finalized on Nov. 21, 2019, including:

Could the Government seek a stay now? Possibly. But in my opinion, it would be a tough sell. Many investors have relied upon the District Court ruling and this guidance on the Agency’s website. Likewise, a more appropriate time to seek a stay would have been in June, or perhaps even August, when the Agency noted the appeal. The Ninth Circuit would need to examine this delay, as well as harms to investors who relied on the District Court ruling, in deciding whether a stay would be appropriate.

A more nuanced question is what would happen if the Government prevailed at the Ninth Circuit? Behring, of course, could try to take the case to the Supreme Court. Assuming that the Ninth Circuit’s order was final, the case would likely be remanded back to the District Court to consider the other bases of Behring’s suit that it did not decide.

Further, the Ninth Circuit would not likely declare on its own accord that the EB-5 Modernization Rule is immediately or retroactively effective. Rather, the more appropriate remedy would be to send the matter back to the Department of Homeland Security and USCIS so that it could decide how to deal with cases filed in the interim. Investors nevertheless should be aware of this general ambiguity – we know what the law is, but we don’t know what the law might become.

Will the appeal even matter?

There is a significant chance that the Behring suit will not see an adjudication on the merits. Recall that this is litigation over regulations. Regulations only exist to fill gaps in statutory provisions. The EB-5 statute currently has a carve-out allowing regulations to increase the minimum investment amounts, both TEA and non-TEA. But that might change soon because following Behring and the EB-5 Regional Center Program lapse, Congress finds itself with a unique opportunity to address program modernization through legislation. The lapse is, as IIUSA Executive Director Aaron Grau argues, “a temporary setback.”

Indeed, Jeff Campion, CEO of Pathways EB-5 and a Board Member of the EB-5 Investment Coalition, has publicly argued that Congress could moot the issues in the Behring appeal by enacting legislation before briefing is completed. Such legislation would address the subject of the now-defunct Modernization Rule. In other words, because regulations may only exist where Congress has not acted (i.e. a statute is silent or ambiguous), new legislative EB-5 reform would trump old regulatory reform. If Congress were to, hypothetically speaking, affirmatively raise the minimum TEA investment amount to $750,000 and provide new parameters on what locations qualify as TEAs, then the Behring litigation would probably become moot. In this hypothetical, new legislation is likely to be conclusive on what the EB-5 requirements would be.

Such legislative action could happen in the next two weeks, as we find ourselves in what Suzanne Laizicki calls a “drama-filled month.” For the sake of the program’s ongoing viability, let’s hope for significantly less drama in the months and years to come.

Matthew T. Galati is the Principal of The Galati Law Firm. Representing immigrants to the U.S. is personal to Matt as he is the grandchild of and spouse of immigrants.

With his significant experience in immigration law, Matt has handled matters relating to nearly every visa type. Over the past few years, Matt has focused the majority of his practice on EB-5 and E-2 related matters, resulting in the preparation of hundreds of investor petitions, as well as regularly advising U.S. companies utilizing the EB-5 program.