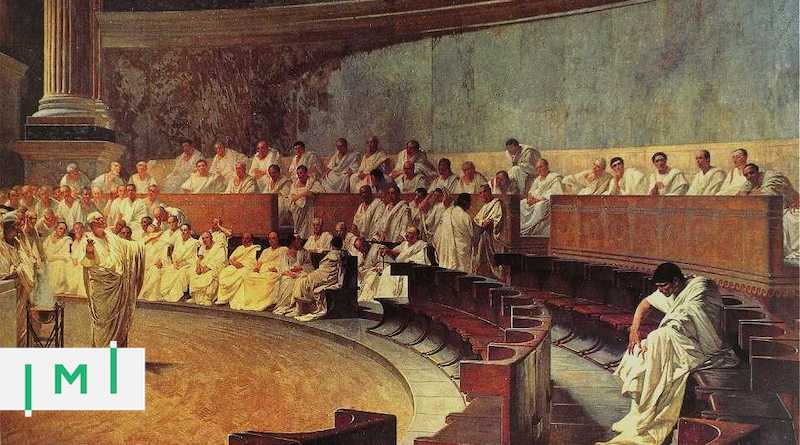 Citizenship at law is a concept that has been assigned different values throughout history and been imbued with political, legal, moral, commercial, even supra-national dimensions. These may, in turn, lead to different versions of what supposedly is one and the same ‘unitary’ citizenship, and to varying forms of acceptance of such citizenships.

These differences are perhaps best reflected in a biblical reference to citizenship for sale, found in Acts 22-29 of the New Testament. The passage is about Paul, the Roman Citizen:

‘[…] (22)The crowd […] raised their voices and shouted, “Rid the earth of him [Paul]! He’s not fit to live!” (23)As they were shouting and throwing off their cloaks and flinging dust into the air, (24)the commander ordered that Paul be taken into the barracks. He directed that he be flogged and interrogated in order to find out why the people were shouting at him like this. (25)As they stretched him out to flog him, Paul said to the centurion standing there, “Is it legal for you to flog a Roman citizen who hasn’t even been found guilty?” (26)When the centurion heard this, he went to the commander and reported it. “What are you going to do?” he asked. “This man is a Roman citizen.” (27)The commander went to Paul and asked, “Tell me, are you a Roman citizen?” “Yes, I am,” he answered. (28) Then the commander said, “I had to pay a lot of money for my citizenship.” “But I was born a citizen,” Paul replied. (29)Those who were about to interrogate him withdrew immediately. The commander himself was alarmed when he realized that he had put Paul, a Roman citizen, in chains. (Emphasis added).

Competing models: Social contract versus transactions
Citizenship can indeed be a conundrum. For the most part, it functions as a system of rigid in- or exclusion that operates in the specific, closed circumstances of a particular state.

At the same time, citizenship today demarks global human progress, through the lens of the state but, also, becoming subject to universal Human Rights. With the emergence of citizenship by investment (CBI) as direct payment based admissions, citizenship may become re-imagined as a more flexible system pertaining to the logic of the global market for membership entitlements.

History repeats itself, and today’s globalization and dawn of flexible citizenship may simply reflect the continuum of transformations present already in ancient times. Citizenship, in other words, seems to have always had at least two dimensions, causing content and confusion: One that pertains to a social contract (a political-collective identity), the other a more individual transactional narrative.

Citizenship for sale laws may then fit in with that second aspect of citizenship, allow for commercial membership contracts and, as seen in the above example, seem to be nothing all too new at all. Today, both forms of citizenship, the political-legal as well as the legal-transactional, appear to coexist at least in CBI states; one for identity, the other for exceptionality as to naturalization requirements.

From ethereal to pragmatic
Historically, the Greek Aristotelean paradigm as a romanticised ideal of full, equal, active, and participatory citizenship has gradually given way to a more functional, flexible citizenship of the Roman juristic tradition and its later developments in medieval and early modern natural law. This was a paradigm shift away from the Athenian assumption of idealised equality that, in reality, had to work on the basis of exclusion of ‘others’, including women.

Changes then came about with the Roman understanding of citizenship as a membership model based on commerce, relating to persons and ‘things’, even allowing for corporations as bodies of people authorized to act as one individual artificial person, such as cities. An assumedly cohesive, perhaps homogenous, republic turned into an expanding empire that did not merely seek to conquer but to hold people and territories under the umbrella of Rome, create acceptance and allegiance and, in consequence, erring on the side of inclusion.

Rome’s allies were able to continue as citizens of their own communities while, at the same time, obtaining the additional freedoms Roman citizens enjoyed, providing for some ‘imperial’ cohesion. Unlike Greece, Rome considered women citizens, albeit with very limited rights. Property rights and civil private law provided the model for the citizen’s place in society, having contracted out of the more natural state of affairs for a right to protection and for state-conferred liberties.

The case for commodification and individualization of citizenship is an ancient one. Layers of legal abstractions were added, with citizens no longer viewed as public agents but as subjects, oriented perhaps less toward political action for the common good alone than the pursuit of their personal goals under the rule – as well as protection – of an externalised, non-collective sovereign.

Citizenship, in other words, opened up, became more flexible, and provided ways for upward social mobility in larger and more heterogeneous societies. This came at a price: citizenship strictly tied to the idea of collective identity, homogeneity, and being restrained to a certain limited territory. Roman innovations were contentious fragmentation of ownership, responsibility, and identity stipulated at law. Today’s CBI laws allow for fictitious (or altogether waived) naturalization requirements and direct admissions.

Then came the Westphalian nation state, and citizenship became defined as per the delimitations of the new bordered paradigm. Today, in many countries, citizenship is conferred on a person by birth, either through parental descent, or by birth in the territory of that polity. In addition, one may in most places also become a citizen through fulfilling the requirements of naturalization. This process usually ranges from 2 to 15 years and sometimes much longer (30 years for Liechtenstein), requiring physical presence in a country, and can be subject to other requirements such as the taking of an oath of allegiance.

Naturalization, then, is a very personal requirement of actual exposure to the cultural, linguistic, and other characteristics of an existing citizenry’s polity over a prolonged period of time through territorial and temporal presence. CBI provides an exemption to such requirements for exposure by replacing naturalization with payment.

Trending toward the membership model
CBI follows the Roman, commercial tradition, erring on the side of the individual bargaining with the state, rather than taking years to become part of a greater collective. Immediate naturalizations are offered by states today, choosing market-driven exceptional membership options over the conventional parochial rules.

These exceptions are based on the fixed (hence reliable, albeit at times unattainable) factor of a given membership’s market price. CBI appears as an individualized personal needs-based membership. CBI laws are purpose-driven, allowing states to create revenue based on a monopoly of power. With CBI, the state becomes an object of reference for passport sales under market logic. Other, perhaps equally problematic, and no less politicised narratives, such as allegiance or solidarity, may now gradually be stepping back behind mercantile goals in globalization’s wake.

The current trend is toward normalization of CBI market mechanisms, with great room for movement toward mass-markets, following global market demand of the ancient need for all human migration.

The higher the stakes, bars, and ideals for communitarian membership, the more likely a CBI type of citizenship will emerge in (necessary) response, sold as an antithesis to naturalization as per market demand. The world is not a fair place; factual inequalities are not readily overcome by mere concepts themselves; assumptions of pure, homogenous societies are trite.

Likewise, the idealised political citizenship religiously focusing on the state over the individual appear as dated, especially in times of pandemics and climate change. Whether we like it or not, with globalization, the cat is out of the bag: Today, the citizen as consumer as well as gradations or classes of citizens appear as necessary individual escapisms over idealised versions of the state’s statism, calling for dogmatic flexibility instead.

CBI today has created the appearance as a great liberator of our time, at least for some. From a perspective of innovation, the abstractions allowed under CBI legal mechanisms allow the selection of virtually any forms and references of membership, beyond the limited array of choices that present themselves within the system of birthright or ordinary naturalizations.