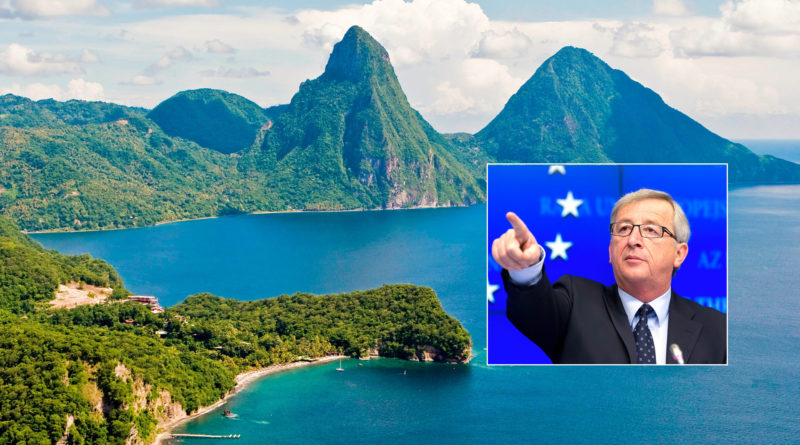 Inclusion in the European Council’s “tax haven blacklist” – officially known as “The EU list of non-cooperative jurisdictions for tax purposes” – is probably the last Christmas gift any government official would want to receive. Released three days ago, the list includes 17 countries considered by the EU to be tax havens and include two CIP countries in the Eastern Caribbean, namely Grenada and Saint Lucia, both of which have investment migration programs.

The ramifications for Saint Lucia and Grenada could be detrimental both in the short and long-term and may include more difficulty accessing EU funds and the organization’s financial and government institutions, as well as overall EU support in general. For businesses in these Caribbean countries, which could be anyone from tourism-related firms to local exporters and even offshore companies, this could mean further complexity in conducting business with anyone in the EU.

Ironically, Saint Lucia hosted a workshop recently together with the Organization of Eastern Caribbean States (OECS) Commission on how to maximize the CARIFORUM-EU Economic Partnership Agreement (EPA) discussing the huge potential of Caribbean companies engaging its exports to the European Market. The wider Caribbean region has a good standing relationship with the European Union and the EPA has been a solid boost to CARIFORUM members since its signing about a decade ago. Other economies in the Caribbean have taken advantage of this.

See also: Passport Republics – How citizenship by investment drives growth in the Caribbean

Blacklisting harms a country’s image and may reduce CIP applications

Saint Lucia is the largest economy in the OECS and consequences of the blacklisting could also extend to other OECS members. Considering the struggle many OECS member states are experiencing with their U.S.-based correspondent banks, a move towards accepting other currencies than the US dollar as payment for citizenship program participation has been a topic for some time. During an exclusive interview with Investment Migration Insider in Hong Kong las month, Saint Lucia’s Prime Minister Allen Chastanet mentioned that Saint Lucia’s citizenship by investment program is set to start accepting other currencies including the Euro.

Inclusion on the blacklist may impede further growth in Saint Lucia’s citizenship program, which has already been affected by the current race to the bottom in the Caribbean CIP industry. The impending aftereffect does not only extend to Saint Lucia’s CIP but more importantly to two of its recently instigated income-generating activities, the “headquarters act” and the upcoming “tax residency” program.

Other Caribbean states not out of the woods yet; Schengen-access in peril

We have yet to see the full contour of the blacklisting implications; The European Commission is threatening to expand the list and gives jurisdictions only a limited time to “fix their affairs” if they wish to prevent inclusion or to be delisted. Sadly, the other CIP countries in the region – Antigua & Barbuda, Saint Kitts & Nevis, and Dominica – have not totally escaped the blacklist either. Due to the challenges brought about by the recent hurricanes, these countries have been given a reprieve by the EU and have until early 2018 to answer the EU’s concerns to avoid being added to the list.

This blow by the EU blacklist has impacted, quite regrettably, several small island developing states. It is indeed a quandary as to why the larger tax havens, of which some are in the EU itself, do not appear on the list and are not even highlighted. Nevertheless, if these island nations don’t find a solution to this predicament very soon, they will not only lose business but may even lose favors with the EU. This may potentially include the highly coveted Schengen visa-free access, which will drastically affect the value of their CIPs.

In the end, these Caribbean countries should aggressively look beyond their traditional trading partners in North America and Europe. With global challenges such as Trump’s USA, Brexit, the EU’s unpredictability, and the Qatar-Gulf crisis, among others, the Caribbean must focus on globalizing itself faster. This should involve strongly positioning itself in the digital economy and recognizing the future of cryptocurrencies.

See also: Cryptocurrency Payments Are the Solution to the Caribbean’s Correspondent Banking Problem

The strengthening relationship with China has been positive but this is also an opportune time to further explore the rest of the Asian region beginning with the ASEAN Economic Community, currently the fastest growing economy in the world.

About the author: Matthew Pajares Yngson is the Honourable Executive Director and Envoy for Diplomatic Affairs of the Eastern Caribbean-Southeast Asia Economic and Cultural Chamber, a non-government member of the UN-OHRLLS administered project, the SIDS Global Business Network. He is an Elected Individual Member of Chatham House – the Royal Institute of International Affairs, an Elected Fellow of the Royal Asiatic Society, Supporter Member of the Royal Commonwealth Society and a member of the Caribbean Corporate Governance Institute.