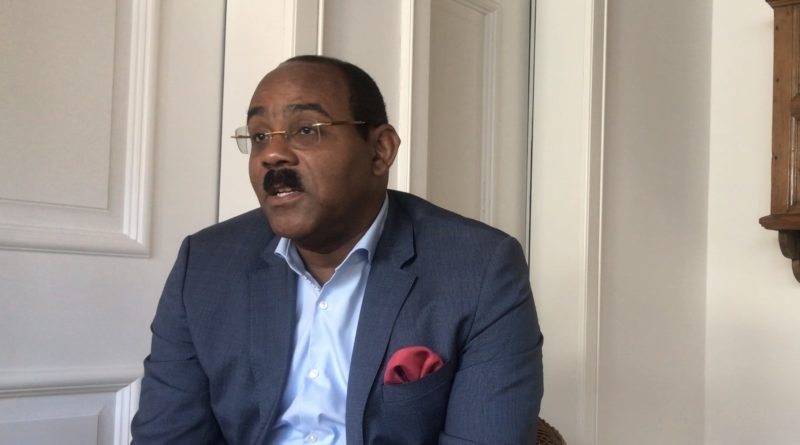 The EU, he said, was giving countries “the option to either do away with CBI programs to continue to have Schengen visa-free status in Europe or to continue their programs and [lose] visa-free travel to Schengen.”

Losing access to Schengen, said the prime minister, would “clearly undermine the value of these programs because a lot of people who get our citizenship do it to gain access to that region. […] If these countries are successful in undermining our CBI program, then, I have to tell you, it’s going to create significant problems for the OECS countries.”

He said that while in Antigua & Barbuda about 10-15% of government revenue comes from the CIP, that share is as much as 50% among some of its regional counterparts.

Regarding the recently proposed No Travel for Traffickers Act, a proposed piece of bipartisan legislation that – among other things – seeks to cooperate with the EU to remove visa-free access to Schengen from CBI countries, PM Browne commented that he had written both to Parliamentarians in Europe and to the American congressmen proposing the bill to “let them know about the impact they are about to inflict on our CBI programs and the impact on our economies,” and to reassure them of the quality of due diligence conducted.