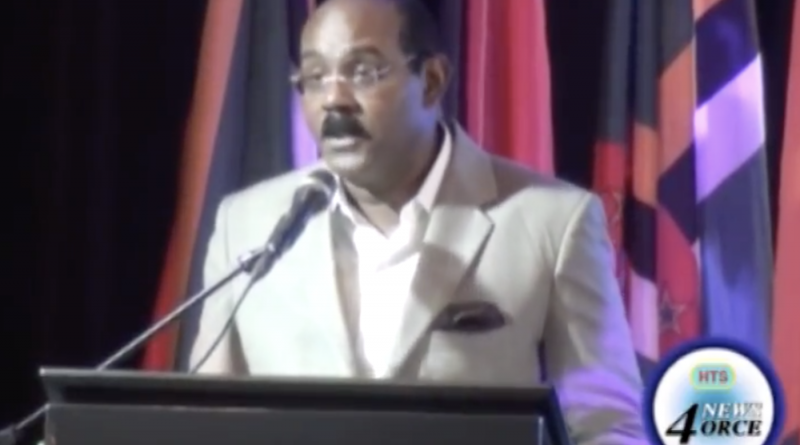 The Caribbean Investment Summit 2018 is in full swing at the Saint Kitts Mariott. In attendance are several Caribbean prime ministers, as well as some 300 investment migration professionals from across the globe.

Prime Minister Browne of Antigua & Barbuda, never one to mince his words, spoke frankly of his disdain for opponents of citizenship by investment, both at home and abroad, during his opening remarks, and pointed to the vital role the programs played in small Caribbean economies.

“[CIP-revenue disbursements] include pension payments, healthcare for the elderly, education – including scholarships for the young – and infrastructure improvement for all […] the CIP industry has assisted us in diversifying our economies, especially the smaller countries in the Caribbean,” said Browne, according to HTS Saint Lucia.

“There was no shortage of critics, nor was there a scarcity of those who relish closing [CIPs] down. Indeed, almost from the inception, the CIP faced a barrage of denigration and misinformation from those intent – from their own narrow purposes – on killing it. The opponents marked the CIP, they villified it, and they embarked upon a propaganda campaign to topple it. Those who did so, and continue to do so today, showed no concern whatsoever for the importance of CIP-revenues to the welfare of our people. Frankly, they do not care. They behaved as if they were ignorant to the vulnerability and, certainly, the externally created shocks to our economies, that left us with high debt and depleted revenues,” remarked the PM.

Kittitian Prime Minister Timothy Harris used the occasion to encourage deeper integration among Caribbean CIPs, a recurring theme over the last year, stressing the need to work with all stakeholders to ensure the sustainability of the industry.

“We need to standardize our management frameworks and also consolidate best practices and lessons learned in due diligence and oversight; anti-money laundering and countering the financing of terrorism (AML/CFT); training and capacity building of our staff as well as the supervision of industry stakeholders such as real estate developers and service providers,” said Harris, according to Saint Kitts & Nevis Observer.

Gaston Browne is quickly becoming my favorite prime minister in the Caribbean. Where others tread cautiously, speak diplomatically, and generally act defensively on the topic of CIPs, Browne has been vociferous and outspoken in his rebukes of the United States, the EU, Canada, and the OECD, who have levied a series of informal and “soft” sanctions against Caribbean CIP-countries, by revoking visa-free access (Canada), blacklisting their tax jurisdictions (OECD), and severely hampering their access to international capital through its control of the SWIFT system (USA).

I have written before that the CIP-industry is in the right, both in terms of practical and moral considerations. The industry must get out from the defensive crouch in which it repeatedly finds itself when facing its critics, turn the tables, and both act and speak with philosophical conviction to take back the moral high ground. Hats off to Mr. Browne.