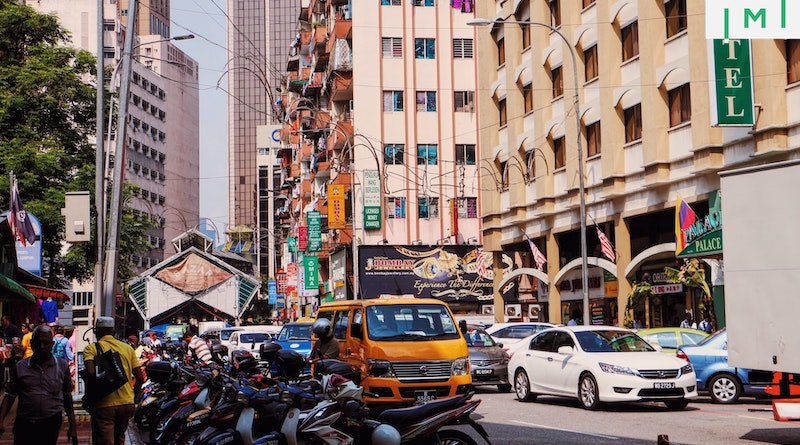 A range of major Malaysian newspapers – including the Malaysia Star, Free Malaysia Today, Malay Mail, and official state media – yesterday reported that Malaysia’s Ministry of Home Affairs had received an astonishing 20,000 applications for its new Premium Visa Program (PViP) within the first 24 hours of opening for applications.

The claim is remarkable highly questionable, for several reasons:

To start, when first announcing the program on Thursday last week, September 1st, the government announced the program would only open for applications on October 1st this year.

Second, prior to the Home Minister’s announcement of the program on September 1st, there had been no reports in the media at all to indicate such a program was even being planned, and the news caught most industry observers (to say nothing of prospective applicants) completely by surprise.

If the Home Ministry’s claims are to be believed, they imply that 20,000 investors, within 24 hours of learning of the new program, submitted applications without taking any time whatsoever to think the matter over. Considering that, even at the height of its popularity, Malaysia’s My Second Home Program, which is very similar to the PViP, garnered a maximum of 7,904 applications a year, it appears highly unlikely that the government and immigration agents in the country can even theoretically sport the necessary infrastructural capacity to receive 20,000 files in a single day.

Indeed, the Home minister himself stated, during the press briefing that introduced the program on Thursday, that his Ministry’s goal was to attract a thousand participants in the program’s first year. That the program should exceed his estimates by a factor of 20 within just 24 hours appears entirely implausible.

Even if presuming that 100% of the applicants are single applicants, 20,000 of them would contribute more than US$5.5 billion in fees and bank deposits. For context, this is about the same amount that the Cyprus CIP raised in the period between 2014 and 2020.

Not buying it, especially after “extremely shameful” treatment of MM2H participants

Speaking to IMI, Philippe May, the recently appointed CEO of EC Holdings characterizes the 20,000-figure as “absolutely unrealistic” and “misinformation” and highlights the practical impossibility of filing that many files in such a short time.

“Now that the credibility of Malaysia as an investment migration destination has been destroyed because of the flip-flopping on MM2H conditions and the extremely shameful shutting out of MM2Hers during the pandemic, I see no reason why they would attract such a huge number,” he remarks. “Of course, there will always be some demand, but nowhere near the range they are talking about here.”

Though billed as a new program and an alternative to the MM2H, May argues that the PViP is not much different from the MM2H and that, in any case, the core shortcomings of both programs remain the same:

“The new program is actually nothing new. Only the details are different from MM2H. The main thing is that there’s still no road to permanent residency or citizenship. Sure, maybe the processing time is shorter, or the validity of the visa is longer, or the fees are higher – it doesn’t matter! What matters is, do you get permanent residency or a road to citizenship? The answer was ‘No’ before, it’s ‘No’ now, and therefore the PViP is no game changer at all.”

Industry leaders in Malaysia expressed man of the same sentiments:

“This is not about FDI and it’s not going to attract ‘FDI-type’ people,” Donal Crotty, Chairman of the Irish Chamber of Commerce in Malaysia, told Free Malaysia Today. “People who come in with FDI will question what the PViP offers them in terms of investment potential,” he added, also pointing out that the government had not made any specific stipulations as to which investment opportunities would be approved under the program.

Responding to the same newspaper, Executive Director of Malaysia’s International Chamber of Commerce and Industry, Shain Cheah, noted that the “sudden unilateral revision” of the MM2H program requirements (the government has been heavily criticized for not consulting with stakeholders when reforming its program) would make prospective participants in the PViP hesitant, worrying that they too might become subject to capricious rule changes.

Anthony Liew, President of the Malaysia My Second Home Consultants Association, told The Star he felt the 1,000 applicants in year-one goal was “high, given the already slow take-up rate for MM2H” [which is the cheaper of the two programs].

“Luckily for Malaysia,” comments Philippe May, “they don’t have many serious residence program competitors in neighboring countries: Thailand doesn’t have any program with a path to PR or citizenship either, nor does Indonesia. Singapore is a different ball-game whose available paths to PR are very limited. Cambodia is a much-less developed country, but that country’s program could be a challenger. In the Philippines, the SIRV program [which provides instant PR for $75,000 in investment], if properly managed and marketed, would pose formidable competition for Malaysia.”