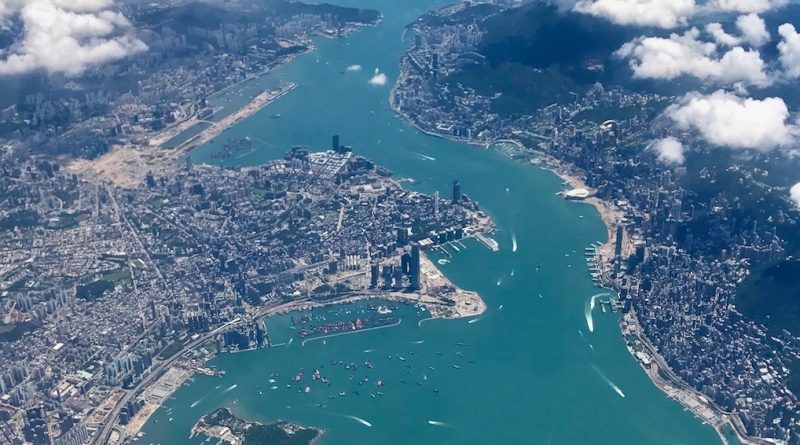 Figures obtained by South China Morning Post revealed that 1,210 Hong Kong natives obtained permanent residence status in Canada last year, as compared to 630 in 2015 and 585 in 2014.

“Pressure at work was immense and children were also facing so much pressure at schools. Many parents did not want to be monster parents but they ended up that way. We felt that there was no point living a life like that” 34-year old Ann Sze Ka-yan, who moved to Toronto last year, told the South China Morning Post.

While 92% of residents in the Special Administrative Region, which has seen migration numbers rise steadily since the UK handed it over to China 20 years ago, are ethnically Chinese, it’s also home to some 300,000 Canadian citizens.

The Maple Leaf melting pot has for decades been among the most favored destinations for Hong Kong emigrés, and in recent years even more popular among mainland Chinese. Last year, 26,850 of them received permanent residence in Canada, up 37 per cent since 2015.

In 2016, for the first time since records began, Mandarin-speakers outnumbered their Cantonese peers in Canada, 592,040 to 565,270. Even in British Columbia, seat of Vancouver and traditionally a bastion of Guangdong and Hong Kong migrants, Mandarin-speaking mainlanders are about to catch up.

While Canada, faced with a backlog of 65,000 applications, scrapped its Investor Immigrant Programme in 2014, immigration to the country has actually risen overall since then. 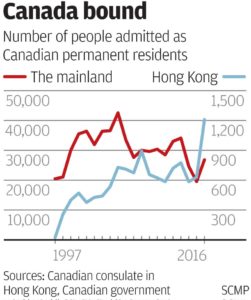 “We are no longer implementing the investor immigrant programme as it was. But that doesn’t mean we are taking fewer immigrants. […] we have expanded our efforts is in the area of skilled labour, so it’s not so much looking for a person who has money to invest,” said Jeff Nankivell, Canada’s General Consul in Hong Kong.

“We have new programmes that are now making it easier and faster for people with those needed skills in areas including hi-tech,” added Nankivell, with reference to schemes like the Canada Startup Visa, which became a permanent feature this year.