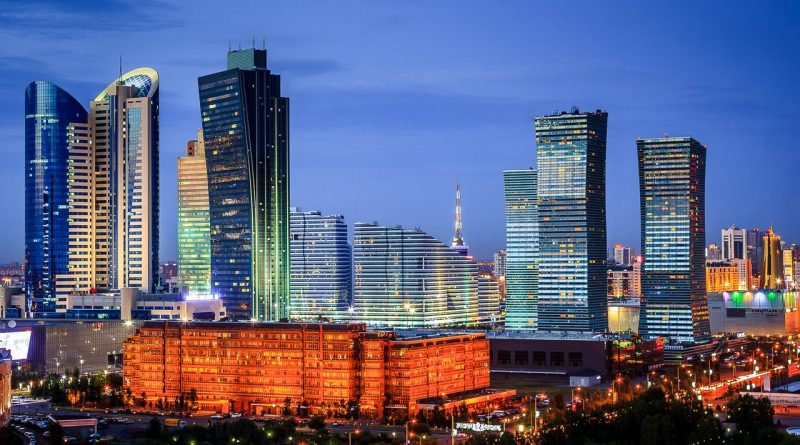 Following a public tender contended for by three different companies, the newly established Astana Financial Center (AIFC) of Kazakhstan has awarded Henley & Partners the mandate to design a residence-by-investment program within the AIFC zone.

COO of Henley & Partners, Dr. Juerg Steffen, spoke about the new program during an interview with Investment Migration Insider this week.

“We handed in our bid last year, and in the summer we received notice that we had been selected to develop the program,” said Steffen during a meeting in London.

What precipitated the central Asian country’s decision to introduce a residence program, Steffen explained, was President Nazarbayev’s announcement of a 100-step plan to gradually build the nation, and become one of the world’s 30 most developed nations by 2050.

“An important pillar in this plan was the Astana International Financial Center (AIFC), which would be a hub for the region, on the gateway between East and West. And part of the AIFC plan included the development of a residence by investment program. Once we were awarded the mandate, we began the process of writing our concept paper, which we handed in and presented to the government a few weeks ago,” said Steffen, who also noted that while he knows his firm was one of three contenders, he doesn’t know the names of the other two.

“We’re now at the stage where the government is considering our proposal,” the COO said.

Asked to expound on the design, Steffen said “we analyzed the local legislation and tax situation and compared it to other successful residency programs. We found that Kazakhstan’s situation was comparable to that of Dubai, which also has free trade zones and has gone from being an insignificant town to becoming a financial powerhouse. We suggested that applicants who wanted a residence permit should be required to make an investment into the AIFC and that they’d be given three options for how to invest; either in a fund listed on the Astana stock exchange, or by buying securities listed on the same exchange, or by buying real estate within the borders of the AIFC. So, they can choose, or make a combination of the three.”

The program would grant applicants instant permanent residence in Kazakhstan, with all the rights thereto pertaining, such as health insurance, social security, and retirement benefits.

“Next to this, what’s interesting is the tax situation,” continued Steffen. “According to the tax code applicable in the AIFC, investors would only be taxed on local income, with no worldwide taxation. And since the tax rate within the AIFC is 0%, you could effectively take residence with your family in Kazakhstan, build your company, and pay no taxes at all. This makes for a very interesting proposition for certain target markets.”

Who is the Kazakhstan program for?

Steffen said he expects the program to be chiefly of regional interest, and that it will attract entrepreneurs and other investors from the central Asian region, as well as Russians, Turks, and Chinese.

“Not being part of Schengen or the EU, the Kazakh program will not primarily be of interest to those looking for increased mobility, for which programs like Portugal or Malta offer better options. But it will be of great interest to entrepreneurs and regional investors from a tax point of view, much in the same way that Dubai has played this role in its own region. In time, it will become the Dubai of central Asia.”

Steffen explained that the AIFC project involved hundreds of project managers, who he said were highly skilled and internationally educated.

“During meetings in Kazakhstan, I was impressed with the level of professionalism and competence. The sheer number of high caliber people involved leads me to believe that Astana will clearly become a regional financial hub. It’s, of course, a long way away, but look at what happened in Dubai: 20 years ago, very few people believed it could become the type of financial hub that it did, but Dubai had local authorities with a long-term vision and the means to realize it. The same is true in Kazakhstan,” Steffen pointed out, referring to the Nazarbayev government, which leads the wealthiest and most developed country in central Asia.

Asked why he believes Henley & Partners won the tender, Steffen chalks it up to his firm’s being the only company in the world with a successful track record of introducing such programs. While Henley & Partners have enjoyed decades as the biggest name in investment migration-related government advisory, recent weeks have seen other firms announce their intentions to capture part of the market.