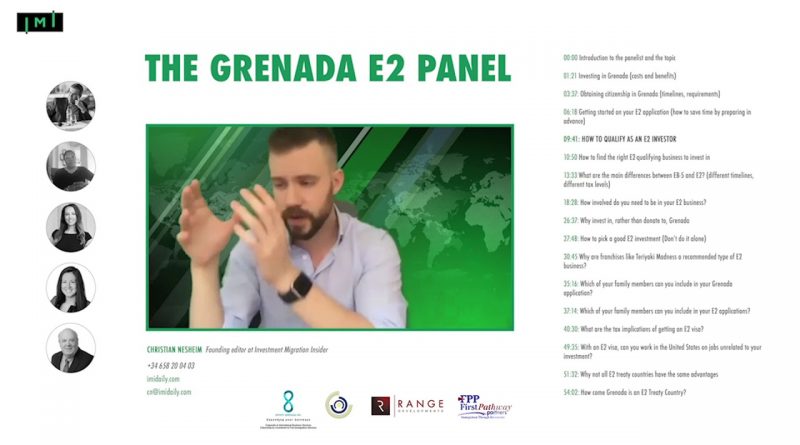 The Grenada citizenship by investment and E2 visa route to residency in the United States is quickly becoming one of the most popular investment migration program combinations in the market, allowing investors and their families to not only become citizens of a first-rate Caribbean country but also to live and work in the United States long-term, all for a total investment roughly equal to that of the US EB-5 program and, crucially, in a matter of months rather than years.

In this panel, we’ve brought together representatives from each step on the way to a new citizenship in Grenada and a residency permit in the United States:

To save the viewer time, the video itself contains a dynamic table of contents, allowing you to skip directly to the parts of the discussion that most interest you.

Topics covered in the discussion include (but are certainly not limited to):

We’re confident you’ll find answers to virtually any question you could have about this unique solution within this wide-ranging discussion. And even if you don’t the panelists invite you to get in touch with them directly via the contact information listed in the video.