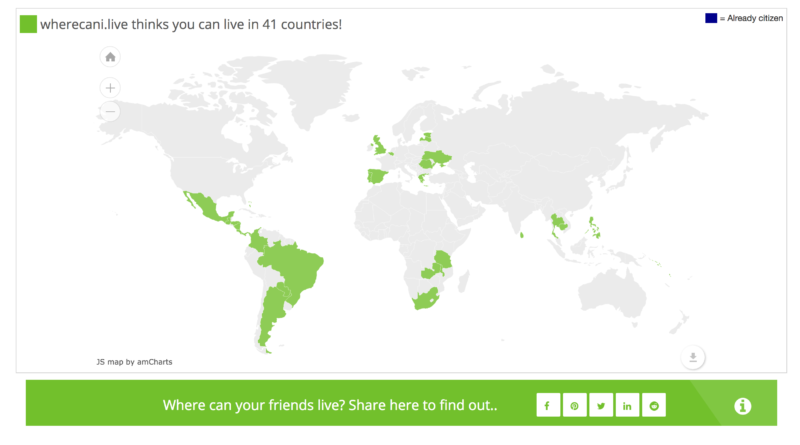 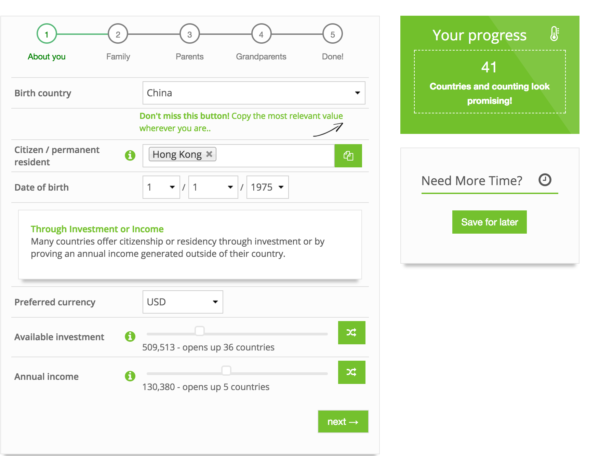 www.wherecani.live, a recently launched online platform that lets visitors see where they currently have a right to reside based on nationality, ancestry and residence permits, and how they could increase their options in the future by investing in second passports or visas, has been on a rapid upward trend on social media recently.

“We plan to make our site the first port of call for anyone investigating immigration or dual citizenship,” says Ian Ryder, the site’s Barcelona-based founder, and self-styled digital nomad.

Although brand new, the website has been collecting scores of leads from day one: “Early results have been very positive; on average one share on Facebook generates 20+ new visitors. We’re collecting a large number of qualified leads. If we keep somewhere near the current rate of completion, it would be a few thousand per month” explains Ryder.

While collecting the email-addresses and personal data of thousands of people curious about their citizenship and residence possibilities, whercani.live is not itself a provider of any investment migration services but instead plan to enter into introducer agreements with CBI/RBI specialists to earn money from referrals.

“We are starting to partner with immigration service providers so that once users have completed the process with us and seen their options, we can offer them a logical next step so they can move forward with their plans to emigrate or get a second passport. We will not be providing those services ourselves, our business model is based purely around a partner network of high-quality providers from across the globe.”

Judging by the terms most investment migration specialists offer to introducers, this could turn out to be a very clever lead generation model, perhaps even rivaling citizenship indices.