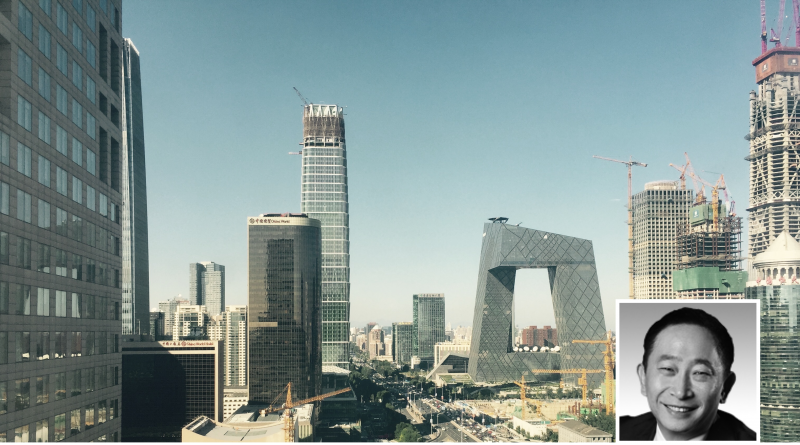 For centuries, China has experienced many historical periods of emigration and in the era of modern emigration, large numbers of Chinese have migrated to popular immigration destinations such as the U.S., Canada, Australia, U.K., etc.   For many of these destination countries, China has been a top immigration source country.  But in recent years, significant policy changes in immigration and taxation from these destination countries, global economic events, along with capital outflow restrictions from China have raised concerns about the sustainability of the Chinese immigration market.  In this article, I will analyze some of the threats to the Chinese immigration industry and suggest some areas where there are still opportunities.

Gone are the years when China’s GDP experienced double-digit growth.  Up until 2015, China was the world’s fastest-growing major economy, with growth rates averaging 10% over 30 years.  However, the Central government has set its economic growth target to a modest 6.5% this year, giving policymakers more leeway to introduce painful reforms and contain financial risks.  With fears of a hard landing of the economy, come fears that this may impact the Chinese immigration market.  A devalued Renminbi means many prospective immigrants cannot meet minimum asset requirements for some immigration programs.  As well, China’s recent strengthening of capital outflow restrictions makes it more difficult for investor immigrants to get their money out of the country.  On the other hand, a slowing economy is a significant push factor for HNWIs and immigration is seen as a way to hedge against wealth devaluation as an investor immigrant could move capital out of the country and acquire property or invest in overseas businesses.

Years of economic growth have made Chinese more affluent and with this new-found affluence came an increased desire to travel abroad.  According to the United Nations World Tourism Organization, since 2012 China has been the #1 source market in the world of outbound travellers, with travellers spending more than twice the tourism expenditure of the #2 country, the U.S. in 2016 (USD $261 bn vs $122 bn).  Thus it makes sense for countries to make it easier for Chinese to visit, with Western countries like Canada, the U.S., Australia and the U.K. routinely issuing long term visas, up to 10 years.  The relative ease of obtaining a travel visa may lead some Chinese to question the necessity of immigration.

Chinese are finding it increasingly difficult to immigrate to traditional destinations like the U.S., Canada, and Australia, with each country posing specific challenges.  The Canadian FIIP (Federal Immigrant Investor Program) and the U.S. EB-5 program have similar success trajectories in that the former became a victim of its own success and the latter now becoming a victim.  The huge backlog of files for the popular FIIP became the Canadian government’s justification for terminating the program.  The current queue for the EB-5 program requires applicants to wait up to 7 years.  If the EB-5 is to survive and thrive, the huge backlog problem must be resolved.

Other difficulties faced by prospective Chinese immigrants include more onerous documentation requirements to establish the legality of the source of funds, and an overall higher bar for immigration to popular Western countries.  Typically, as an immigration program matures, it becomes more selective in order to target a more specific and qualified type of immigrant.

It has been said that one of the main differences between China and the West is that in the West policies remain the same but governments change while in China, the government remains the same but policies change, and oh how they’ve changed!  China transformed itself from a largely agrarian society to the world’s second largest economy.   The immigration industry in China has also experienced much change over the years and my company has been able to survive and thrive for the past 23 years largely because our focus has been to look beyond market share and competition and to more fundamental concerns of survival and sustainability in an ever changing business and regulatory environment.  Accept the fact that there will be change.  Talk to experienced people in the field who have no doubt experienced change before.  Handling change successfully begins with new goals and a good plan.

Education as a stepping stone to immigration

Detractors of the Chinese education system cite its emphasis on memorization and standardized testing.   China’s college admission exam (the gaokao) is a gruelling nine-hour exam spread over two days which TIME magazine calls the “most pressure packed examination in the world.”  Unfortunately, the importance of this exam means teachers focus mostly on the exams at the expense of teaching critical thinking and creativity leading many parents to look overseas for better quality education alternatives with a possible eye toward future immigration.

The internationalization of higher education has resulted in more and more foreign students with many of them considering overseas education as a stepping-stone to permanent residency.  For example, Canada’s immigration system has programs in place which allow for international students to study and upon graduation from a post-secondary institution, qualify for a work permit and the acquired education and work experience in Canada count towards their immigration application.  Thus, an overseas education can result in immigration in the long term.

In early May 2017, a sandstorm swept over Beijing causing the AQI (Air Quality Index) to skyrocket to 905, more than 36 times the WHO PM 2.5 safety standard.  In spite of the Chinese government’s best efforts and the issuance of the Action Plan for the Prevention and Control of Air Pollution which reduced coal consumption by closing polluting mills, factories, and smelters and switching to eco-friendly energy sources, air pollution is still a significant concern for many Chinese and remains an important push factor for immigration.

A 2015 Pew Global Attitudes survey found that  71% of Chinese considered food safety  a big problem.  From melamine-tainted milk to gutter oil to contaminated fruit to expired meat, the list goes on.  China’s tougher Food Safety Laws along with the State Council’s proclamation that food safety is a top priority are important steps but according to a 2016 Brookings Institute article, China’s food safety regulators greatest challenge is in the implementation of these laws due to the fragmented and chaotic state of the domestic food industry.  In the meantime, consumer anxiety over food safety remains and this continues to be another significant push factor.

The scale of urbanization in China is unprecedented in human history, with its rise coinciding with China’s extraordinary economic boom and the emergence of megacities (population >10 million) of which 9 of the world’s 37 are in China.  Current daily life in China’s major cities means seas of pedestrians, jam-packed buses and subways, and stand still traffic jams.  Under such conditions, it is easy to imagine immigration being on the minds of daily Chinese commuters.

Throw into this mix of push factors, other factors like the higher cost of living, the un-affordability of property (especially for young, first-time buyers) as well as work mobility restrictions and you can see that the desire to immigrate should remain high for the near future.  “ Zhè shān wàngzhe nà shān gāo” translates as a mountain looking enviously at another higher mountain and is the Chinese equivalent of “the grass is always greener…”  To many Chinese, they will always be looking abroad for higher mountains.