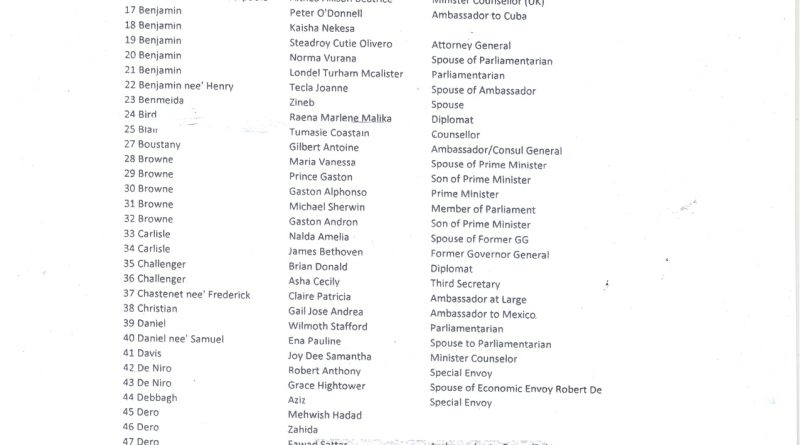 The Ministry of Foreign Affairs in Antigua & Barbuda yesterday released a complete list of the names of diplomatic passport holders. PM Gaston Browne had previously promised Parliament that such a list would be published.

The document makes for very interesting reading and includes a slew of well-known names not typically associated with diplomacy, such as Special Envoy Robert De Niro.

While most of the names on the list have a designation (Ambassador, UN Representative and so on), the interesting names are the ones that don’t have any designation at all.

Alex Nain Saab Moran, for example, has a “dark and controversial past related to drug trafficking”, is reportedly under investigation by the DEA, and has close ties to the socialist Venezuelan government.

The name of Julia Vivi Wang, a Chinese-born US national who allegedly paid several hundred thousand in bribes to, among others, the former PM of Antigua & Barbuda, also features on the list.

The Ministry’s press statement emphasizes that it inherited several appointees from previous administrations and have revoked several of them while honoring a few. A cursory google search of some of the names on the list, however, indicates that a further culling of the diplomatic ranks of Antigua & Barbuda may be in order. 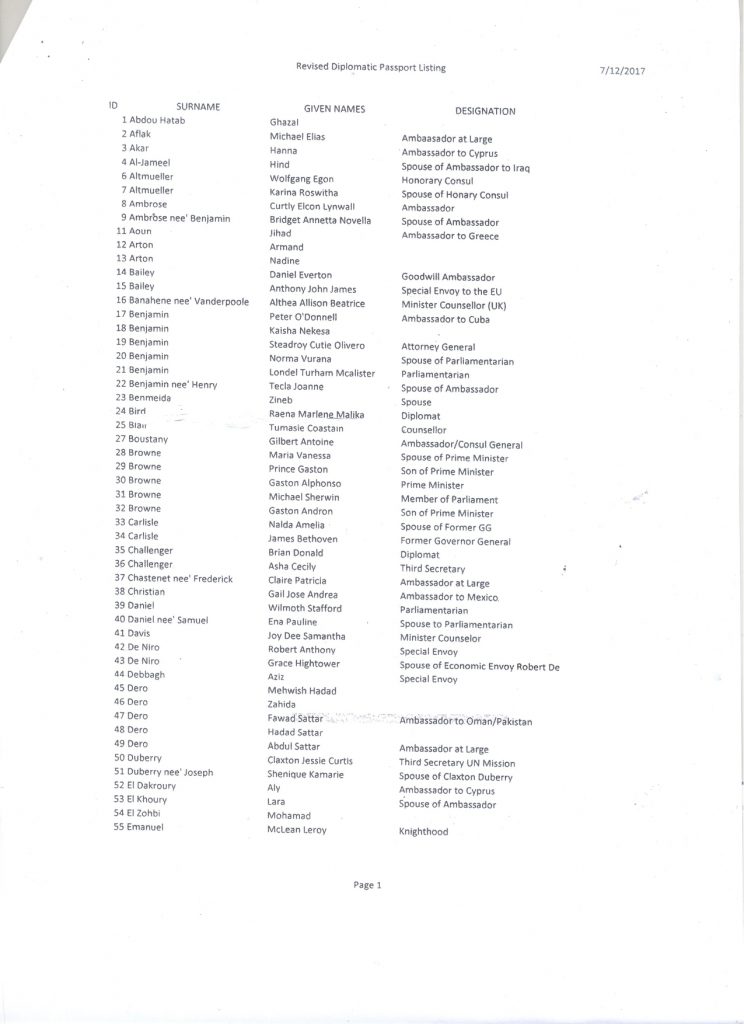 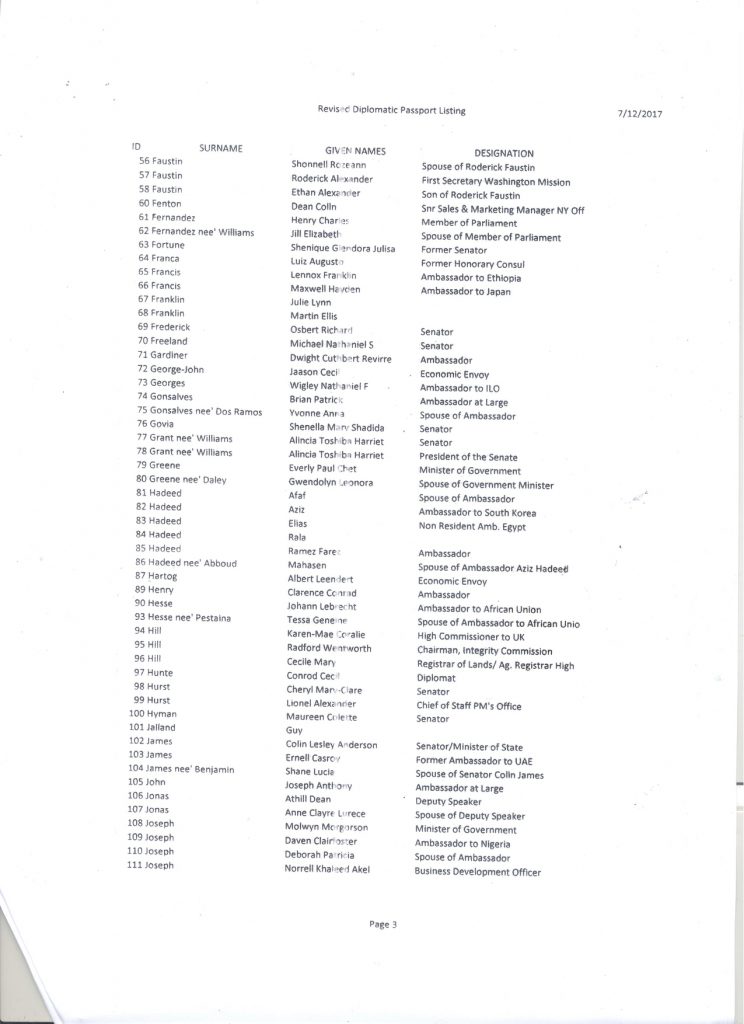 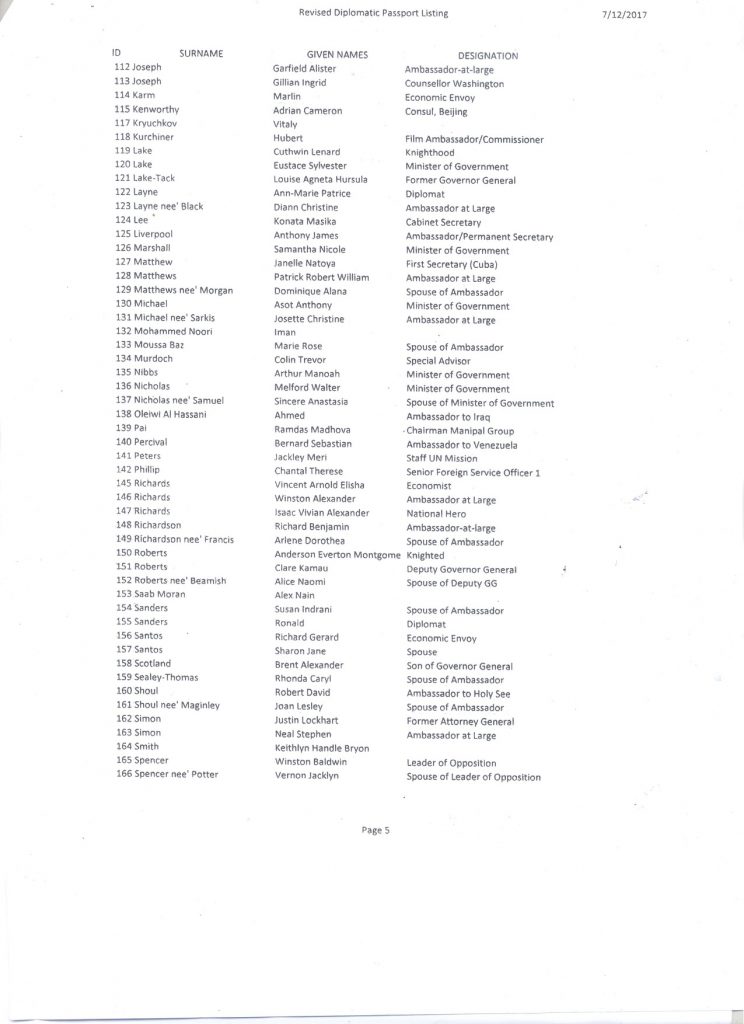 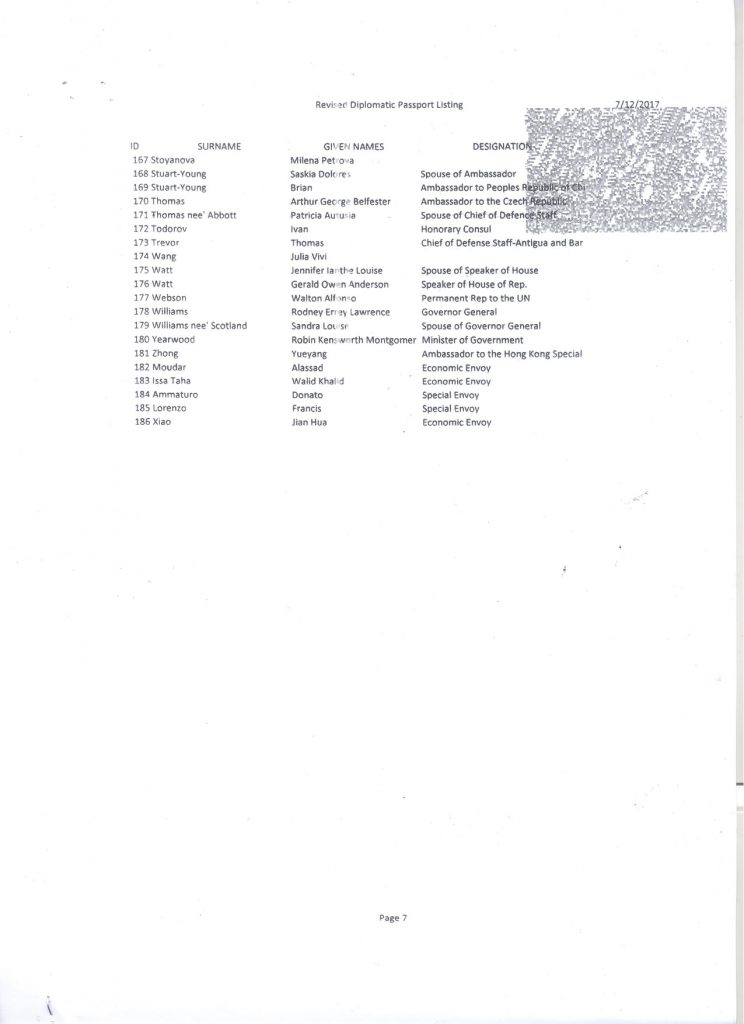 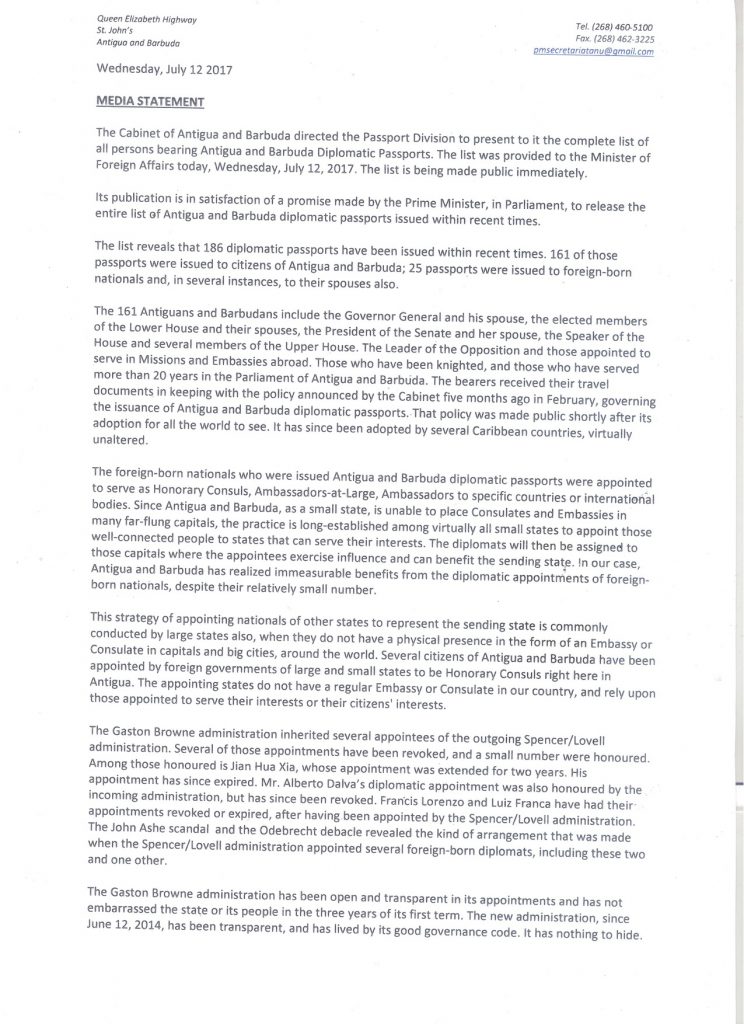