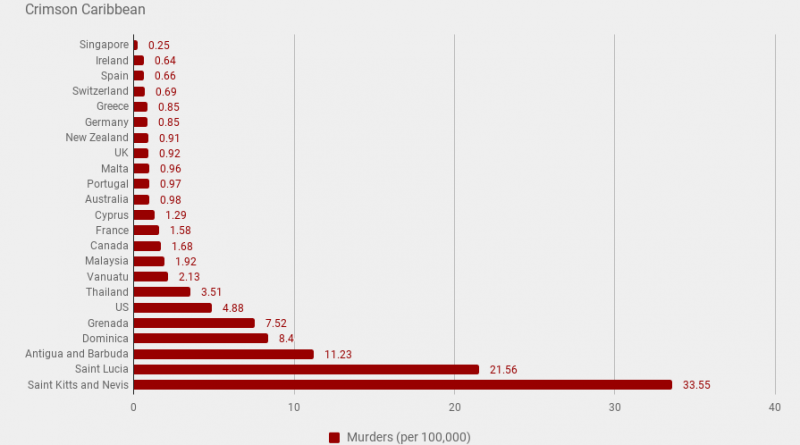 The most popular citizenship and residence by investment destinations have vastly different levels of criminality and violence. Saint Kitts and Nevis has a murder rate 35 times higher than Malta, and Americans are six times more likely than Canadians to end up in prison. Investment Migration Insider has taken a look at some (literally) vital statistics in 23 popular CBI/RBI countries.

The Economist Intelligence Unit’s annual Global Peace Index measures countries’ security levels on a variety of measures, including, but not limited to:

Included in the data set are 17 countries that are popular second residence destinations. The GPI did not include Malta, but an estimate has been drawn from a separate study. Figures were not available for the Caribbean countries. 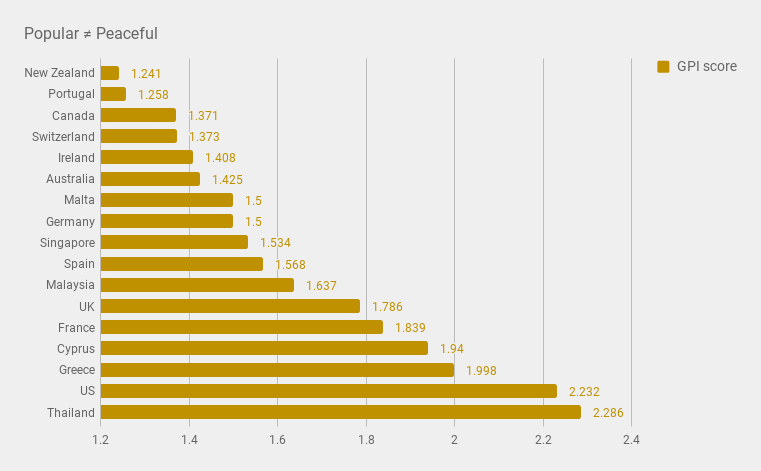 While the US is, by far, the world’s most popular destination for investor immigrants, it’s also the second least peaceful of countries with residence programs. High levels of homicide, other violent crime, and incarceration are some of the reasons the US fares poorly in the Economist’s ranking.

It is worth noting that the Caribbean CIP-countries have extraordinarily high rates of homicide, usually attributed to gang-related violence. Grim reading. 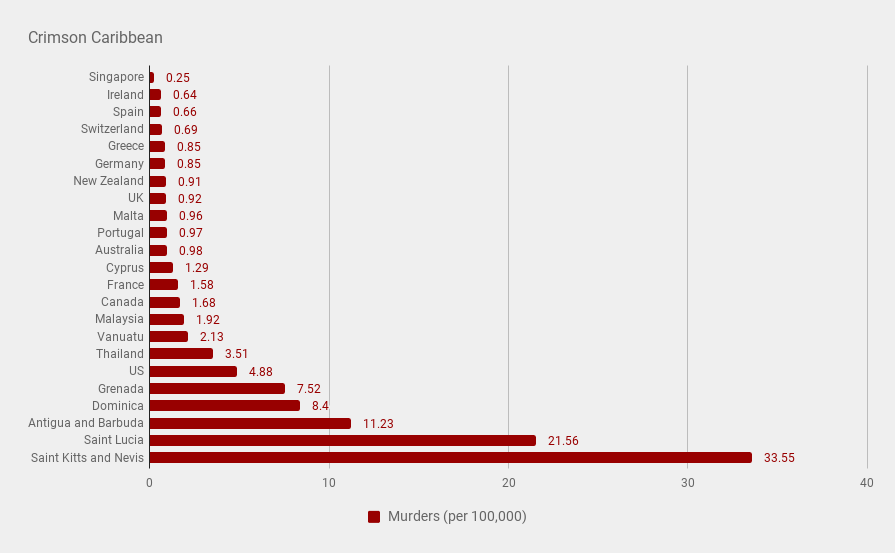 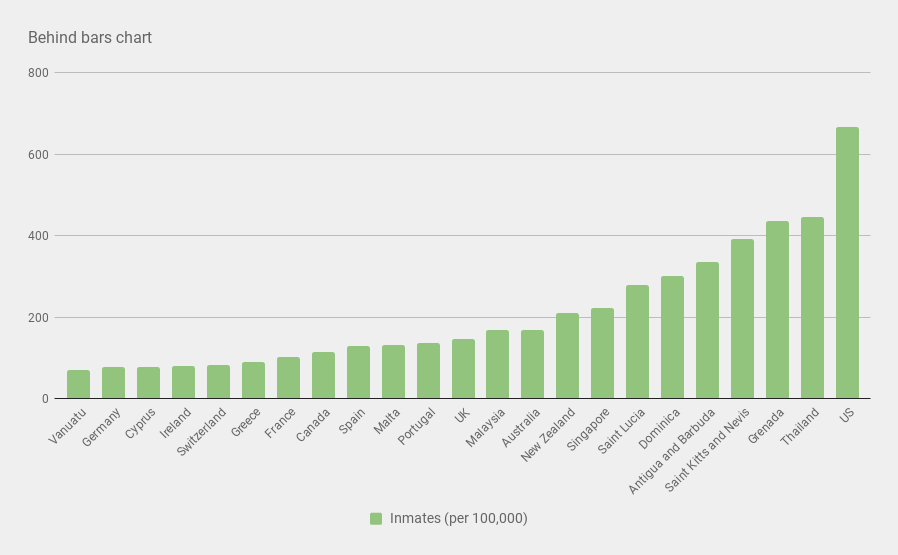 You can find more detailed statistics on all these measurements at World Prison Brief, Global Peace Index and the United Nations Office on Drugs and Crime.