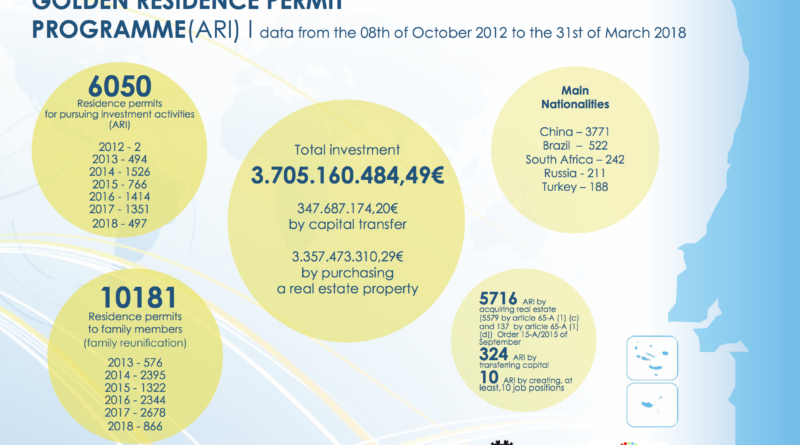 According to figures released yesterday by the Portuguese Immigration and Borders Service (SEF), March saw 174 main applicants receive approvals for their golden visas, along with 320 dependents. Not since 2016 have so many people received approvals in a single month.

Applicants invested some EUR 103 million during the same period (EUR 592,000, on average), more than 90% of which took the form of real estate acquisitions, as is the custom.

The SEF has so far issued 6,050 golden visas to main applicants since the beginning in November 2012, as well as 10,181 visas to family members. Total investment under the program now stands at more than EUR 3.7 billion.

While the composition of nationalities in the top five applicant source countries remains unchanged, the cumulative number of Turkish applicants grew an astonishing 20% in a single month.

The top five nationalities approved for the Portuguese Golden Visa since 2012: 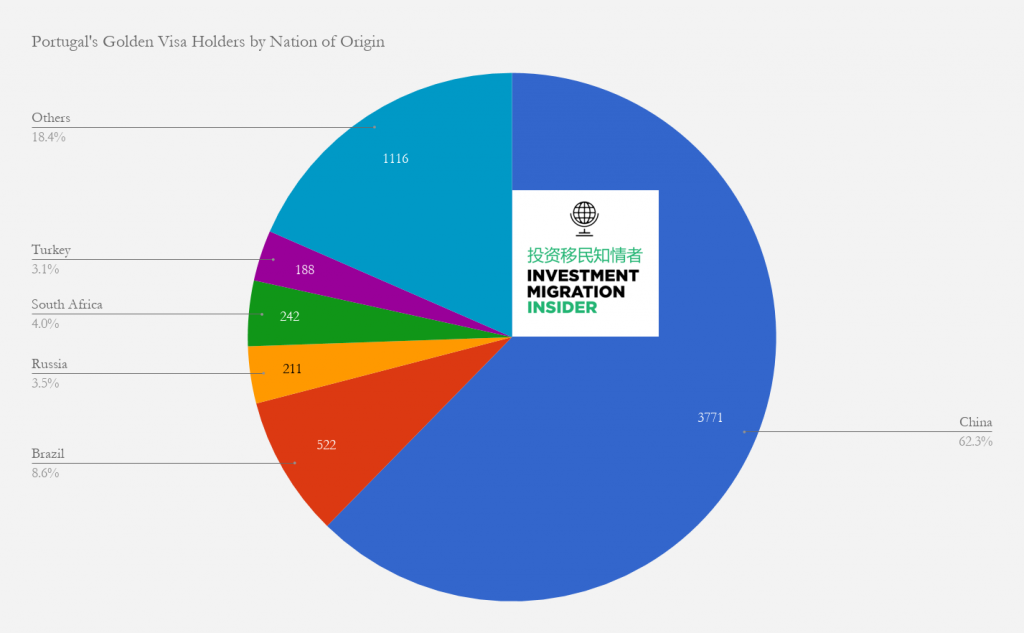 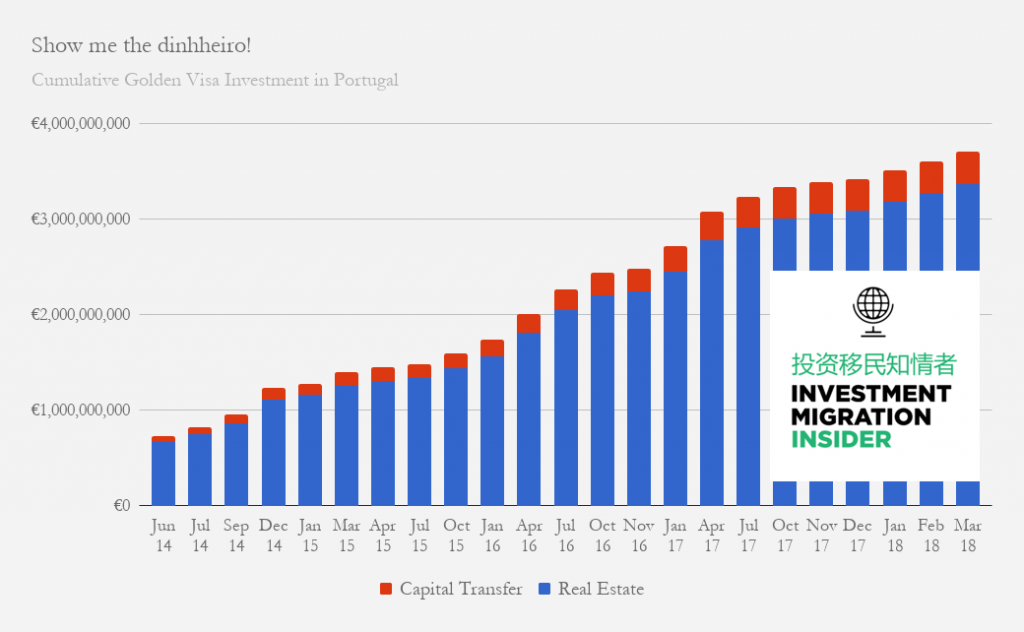