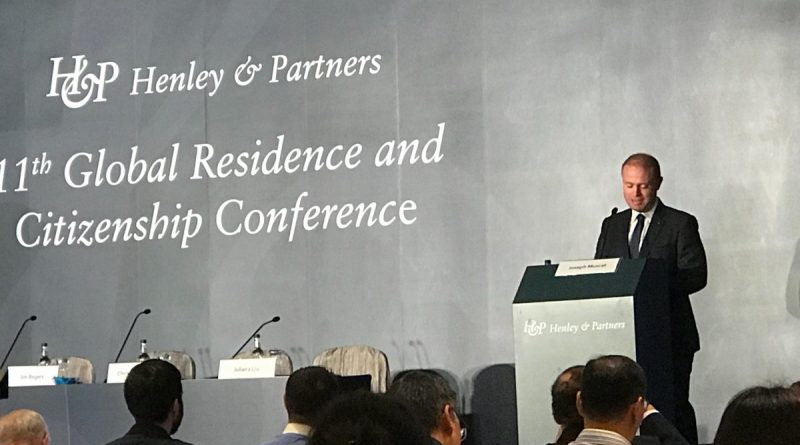 The second iteration of Malta’s popular Individual Investor Programme (MIIP) would be “even more exclusive” than the current version, said Prime Minister Joseph Muscat as he addressed the audience gathered for the 11th Residence and Citizenship by Investment Conference at the Mariott in Hong Kong yesterday.

The program, which last year raised some EUR 165 million in state revenues alone, is capped at 1,800 applications, a number it looks set to reach some time next year. In order for the MIIP to continue after that, parliament will need to renew the scheme. Muscat indicated he was confident the program would be extended well before the quota was met, saying his government had “a strong mandate” to do so, presumably in reference to his party’s decisive victory in the general election this summer.

Muscat did not specify what he meant by “even more exclusive”, but as Malta’s due diligence is already widely recognized as the strongest, and its residence requirements are the strictest among all citizenship by investment programs, and the only such program to have a cap on number of applications, what else could it mean?

Malta has recently come under pressure from the European Parliament, which has called on the island’s government to publicly identify its naturalized investors, as well as enforce a one-year physical residence requirement, despite the European Commission’s already having formally condoned Malta’s interpretation of the residency requirement.