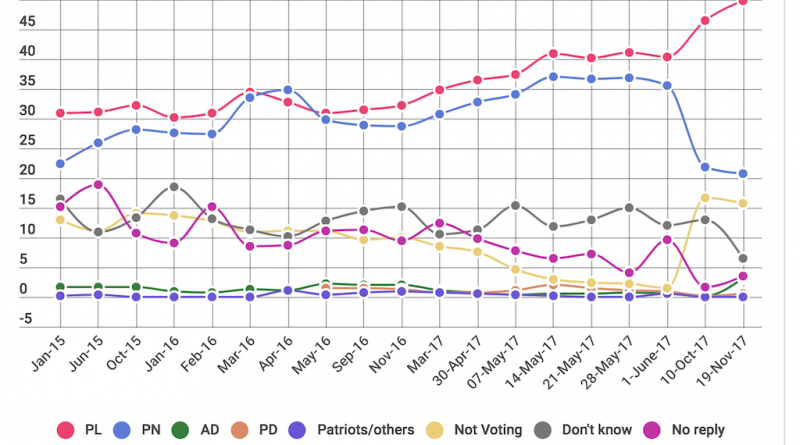 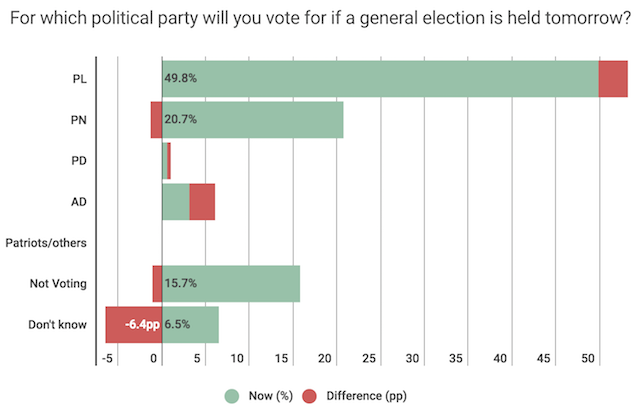 “The Labour Party has strengthened its electoral lead despite a hostile political climate in the aftermath of Daphne Caruana Galizia’s murder,” writes Malta Today.

“The party in government has seen its share of the vote increase by 3.4 percentage points to 49.8% when compared to the results of the October MaltaToday survey, which was done before the assassination.”

Industry observers have long speculated as to whether Malta would indeed renew the program before the limit of 1,800 applicants (excluding dependants) was reached because support for the MIIP among the country’s political opposition parties is uncertain. But following the Labor Party’s resounding victory in the general election this summer, and the government’s surging electoral support, the MIIP (which last year brought government revenues amounting to EUR 163.5 million) looks destined for a new lease on life.

Speaking at Henley & Partners’ Global Residence and Citizenship Conference in Hong Kong last week, Prime Minister Joseph Muscat said his government had a strong mandate to renew the program, and that the second iteration would be “even more exclusive” to ensure Malta attracted “the right kind of people”.

A source familiar with the details informs Investment Migration Insider that “more exclusive”, in this context, means the government is planning to slightly raise the contribution requirement, which today starts at EUR 650,000 for a single applicant.