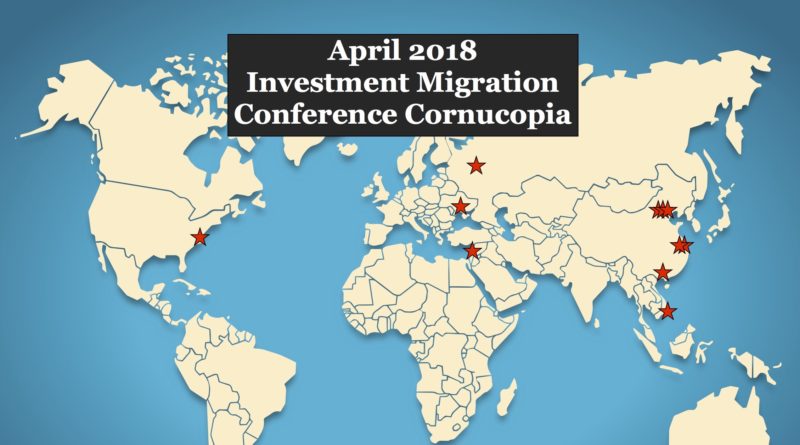 The investment migration conference business is a seasonal one. The major summits and exhibitions, particularly those in the B2B category, tend to cluster around the second and fourth quarters of the year so as not to collide with the Lunar New Year in the East, and summer holidays in the West.

Next month will see 11 major events take place in a matter of just three weeks. That’s an average of 3.7 conferences or exhibitions a week, which means you’ll have pick your favorites. To help you do that, we’ve compiled a list of all of April’s major events and sorted into two columns; B2B and B2C/Mixed.

As is the custom in our trade, China will be hosting the lion’s share of the 11 conferences slated for the next two months, commensurate with its position as the dominant investment migration market.