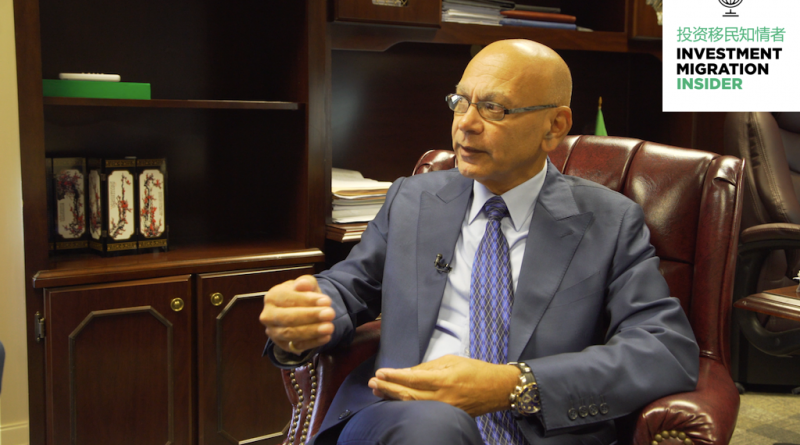 A return to the pre-HRF contribution requirement of US$250,000? That would place it at 2.5x the price of Saint Lucia, Dominica, and Antigua & Barbuda, and US$50,000 above Grenada, making the Saint Kitts & Nevis CIP the most expensive in the Caribbean, at least for those choosing the donation route, which a majority of applicants do.

At US$400,000, the SKNCIP is also in the high end in terms of its real estate investment requirement, rivaled only by Antigua & Barbuda, and twice as expensive as Dominica.

During an interview with Investment Migration Insider in February (conducted in connection with the upcoming documentary on Caribbean CIPs), Les Khan – head of the Saint Kitts & Nevis CIU – said that while he could categorically confirm the HRF-option would officially end on March 31st, this did not necessarily mean the SIDF-contribution price would revert to previous highs.

“It will be somewhere in between,” said Khan, indicating that the upcoming changes would mean a contribution requirement higher than the $150,000 of the HRF, but lower than the $250,000 rate that prevailed prior to September 2017.

While reluctant to go into details (because, he said, “we have a plan, but we don’t have the right legal structure in place yet”) Khan has told Investment Migration Insider that he will be making an announcement on the matter soon, most likely next week.