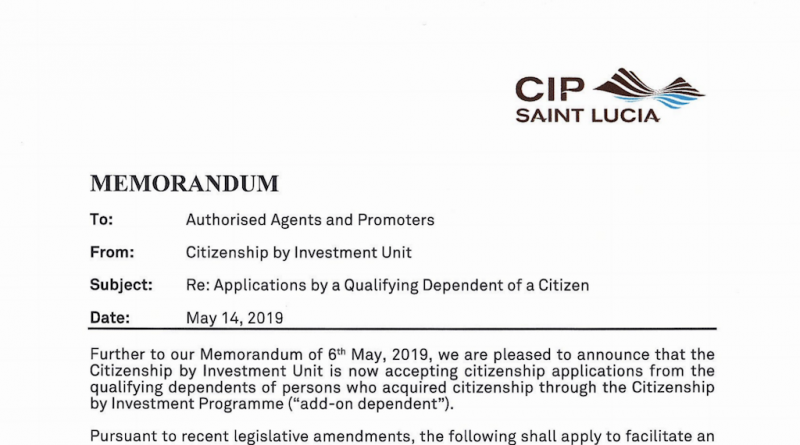 When Saint Lucia’s CIU last week announced it would begin to accept the inclusion of dependents in already approved citizenship by investment applications for a period of up to five years following the CIP-approval, investment migration advisories welcomed the news but asked: “at what cost?”.

Only today, eight days later, has the CIU published its pricing for what they’re calling “add-on” dependents.

In today’s circular, the CIU details the following price structure for add-on dependents:

“This is a very significant turn in that before there was no provision for dependants born after the grant of citizenship to the original applicant,” says Jonathan McNamara, a Saint Lucia-based attorney.

“It also means someone who gets married after being granted citizenship can now include their new spouse, which is a question a lot of people have […] So the real benefit is that it erases any doubt about whether future generations and spouses can be added,” he concludes, but also points out that such additions must take place within five years of the original approval.

Following an inaugural year characterized by fits and starts, the Saint Lucia Citizenship by Investment Programme saw its application volume grow by a factor of ten during the 2017-18 fiscal year.

For more on Saint Lucia’s CIP, visit its Program Page.