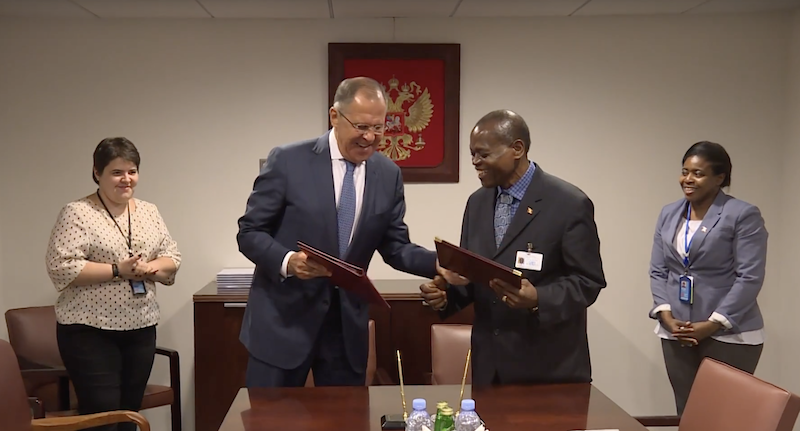 During talks on the sidelines of the ongoing United Nations General Assembly, Russian Minister of Foreign Affairs, Sergei Lavrov, and his Grenadian counterpart Alvin Nimrod, signed an agreement to allow for mutual visa-free travel between their respective countries. Later the same day, Saint Kitts and Nevis also signed such an agreement with Russia, according to the Saint Kitts and Nevis Information Centre.

“We know that you do not have a lot of embassies abroad and appreciate this decision,” Lavrov told Nimrod, according to the Grenadian Embassy in Russia. He also thanked Grenada for resuming its work on an embassy in the Russian Federation, and added that “it is very good that on the UN platform we have the opportunity to complete the bilateral and international agenda.”

Grenada and Saint Kitts, then, become the first CIP-countries in the Caribbean to have visa-free travel to Russia. Grenada was already the only country to have such an agreement in place with China. Among all CIP-countries, visa-free agreements with both Russia and China is a privilege unique to Grenada. Vanuatu has visa-free access to Russia, but not to China.