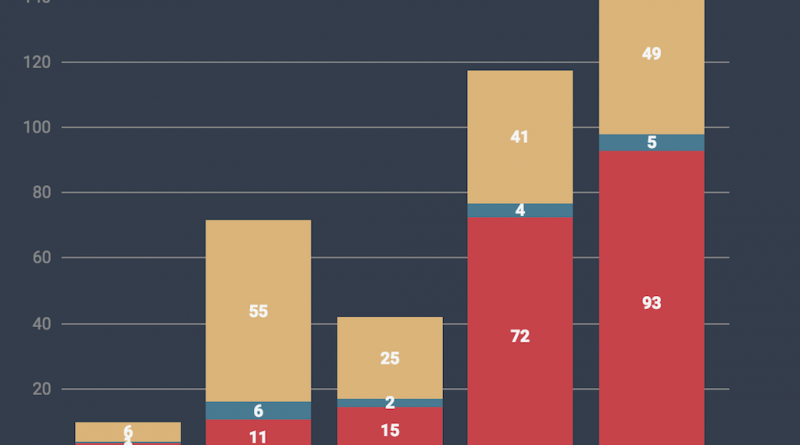 Recently published fourth-quarter figures reveal the Grenada Citizenship by Investment Programme granted 851 passports in 2018, a 21% increase on the year before, and raised EC$ 147 million (US$ 54 million) in income, a 25.8% improvement.

Since the program’s relaunch in 2014, a total of 2,080 individuals have obtained Grenadian citizenship by virtue of their participation in the CIP. During the same period, main applicants filed 875 applications, of which the Grenada CIU approved 615 and rejected 57 (an overall rejection rate of 8.4%), indicating that 203 applications still await adjudication.

Investment type preferences have remained virtually unchanged for the last two years; 34% of applicants opted for the program’s real estate option (36% did so in 2017), while 66% preferred to the contribution option (64%). This contrasts with investor preferences in the years before the 2017 Caribbean-wide rate cuts on contributions, which made Grenadian CBI-real estate, relatively speaking, the most expensive in the region; In 2016 and 2015, respectively, 63% and 83% of investors chose property investment over donations.

Judging by the numbers alone, Thomas Anthony – head of the Grenada CIU since September 2018 – has had a successful first three months on the job; While the number of applications in Q4 was slightly lower than the during the preceding quarter (68 vs 84), the program garnered 43% more (EC$ 51.5 million vs EC$ 36 million) in investments, donations, and fees than in Q3.