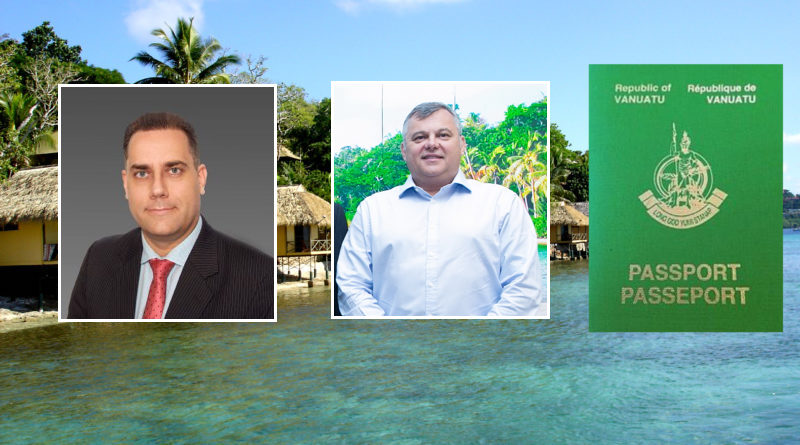 Philippe May, Managing Director of Arton Capital’s Singapore office, thinks Vanuatu’s citizenship program could be a serious contender to its Caribbean competitors, if only they could sort themselves out.

“Vanuatu has the potential to run an attractive CIP. Its geographic location is greatly convenient for Asian investors, and there is no competition in the Pacific region. Properly priced a Vanuatu CIP can rival the more established Caribbean programs,” said May, but added that the lack of certainty and a unified official approach to the matter is disconcerting.

“But it is important that the program is transparent and stable. It must not keep changing every few months. Government must communicate actively about licensed agents and promoters on an official government website. While the amounts for investments and donations are given by the government agents fees can be fixed by the government or left to the forces of the market. But it must be clear from the begin that these are two different things.”

“The Pacific islands state have a mixed record when it comes to [Citizenship Investment Programmes],” he told Vanuatu’s Daily Post and pointed to a track record of “a lot of shenanigans, some outright criminal stuff, and only a few proper programs. It is history, but gives you an idea what went wrong,” said May, and referred to a Griffith University report that detailed a variety of underhanded dealings in the Pacific citizenship market.

Present regulation prevents non-nationals of Vanuatu from acting as official agents of Vanuatu’s citizenship programs, something May considers a major obstacle to their successful operation.

“This has the effect that all the agents are unknown local law firms without international network. Instead the globally active companies like [May’s employer] Arton Capital should be either allowed to be licensed locally or given a role as international “marketing agents” or something similar to that. Otherwise no connection can be made between the overseas entity which is seeing the clients and the program. This is greatly inconvenient for potential clients who want to check the credentials of an overseas agent.”

“In fairness to the industry and the Vanuatu Citizenship Commission, this newspaper, Daily Post, together with the Vila Times are clearly misinformed in some areas of their statements. Sadly, a most irresponsible journalistic approach and one that is only causing damage to Vanuatu, its Government, its Citizenship program and subsequently, its people,” said Bond in an email to Investment Migration Insider.

“That aside, all the global citizenship programs may have some small faults, or had some on their pasts, as do any growing industries. Vanuatu, however, has a first class citizenship program with its Development Support Program (DSP). Unfortunately, the program has been poorly promoted and overlooked and generally only generated its main applications from China. This is now changing,” continued Bond, referring to the recent deal clinched between the VIC and Harvey Law Group (HLG), the law firm it has tasked with the global promotion of Vanuatu’s DSP citizenship program.

“HLG have developed an industry standard of utilising a very strict set of pre probity checks done on all applicants before being the applicants are submitted to the Vanuatu Government for further due diligence from the Vanuatu Government’s Financial Intelligence Unit (FIU). This double layer of KYC and due diligence puts the Vanuatu DSP program very high on the global map in terms of good self governance. Contrary to comments reported in the Daily Post that were stating other industry agents suggested otherwise. Interestingly, those other stated agents do not even represent Vanuatu’s DSP program.”

Bond also questioned the motive behind May’s statements, as well as those of the medium in which they were published.

“The real question that needs to be considered is why? Why would another industry agent that has no depth of understanding the DSP program make derogatory comments, and why would Vanuatu’s local newspaper use such a personal attack on the program? Whilst prior programs may have suffered from unregulated marketing on all the global programs, this growing industry, for Vanuatu, has developed and improved since its start with more stringent probity and process. This attack on the Vanuatu Government, one of its Master Agents and the DSP Program with so much venom when they, the Government and agents, are trying hard to meet and better global standards for the benefit of the Country is misplaced.”

Bond points to growing international interest in the program, and to its being represented by well-established firms such HLG, as evidence of the program’s legitimacy and success.

“The DSP program offers a world-class product and is now well represented and promoted. The results speak for themselves.”