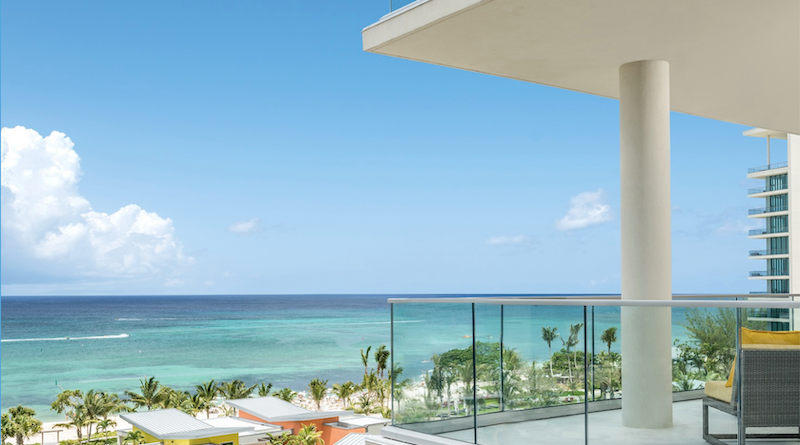 First sighted by Christopher Columbus in 1503 and a British Overseas Territory since 1962, the Cayman Islands is one of five tax-neutral Caribbean territories with a constitutional link to the United Kingdom.

This cosmopolitan archipelago is located 475 miles southwest of Miami, Florida and for decades has attracted financial services professionals to its shores due to its close proximity to the United States, tax neutrality, stable government and sound judiciary.  This has resulted in the development of one of the most significant and sophisticated financial services centres in the world.

High-net-worth individuals have been equally attracted to the jurisdiction to establish permanent residency for those same reasons, as well as Grand Cayman’s modern infrastructure, high standard of living, low crime rate, tropical climate and natural environment.

In addition to these attributes, the Cayman Islands’ status as a British Overseas Territory has attracted the attention of business investors and globally mobile affluent individuals. The constitutional relationship with the United Kingdom has instilled additional confidence in potential investors and residents, thus distinguishing the Cayman Islands from other Caribbean nations and indeed other offshore centres.

Given the population (approximately 65,000 residents) and physical size (the largest island of Grand Cayman is 22 miles long) of the Cayman Islands, the benefits of being a British Overseas Territory are significant. According to the Governor’s Office, Grand Cayman, it is “…responsible for the security and good governance of the Cayman Islands as part of the Foreign and Commonwealth Office’s global network.”

Specific benefits include minimising the vulnerability of the Cayman Islands to climate change, economic change, international crime and natural disasters, as well as aiding in managing the effect of international obligations.

The four core areas where the Governor – who is the de facto head of state – provides oversight are: governance, the economy, national defence and internal security. In addition, the legal and court systems are based on British Common Law, with the highest court of appeal the Privy Council in the UK.

These benefits are appealing to international businesses and affluent individuals, with the knowledge that they can invest in a small autonomous but not independent state that is free of the financial burden and the significant human capital responsibilities associated with national defence and domestic security.

Additional peace of mind results from the UK’s ready assistance during times of crises, oversight on financial management and a higher court of appeal in Britain. UK assistance in meeting international obligations on a global stage also has tremendous value to those who live and invest in Cayman with the expectation of a continued sound regulatory environment.

In terms of investing in real estate to apply for residency by investment, applicants are often pleased to learn there are no restrictions on foreign ownership of land in the Cayman Islands and no alien land holding licenses required. Further, the purchase of any developed real estate qualifies for the programme; the selection of property is not limited to government-approved real estate developments as in other countries.

Financing from local banks is generally available for qualified international buyers. For those who choose to finance their purchase, mortgage life insurance must also be purchased.

Acquiring residency in the Cayman Islands is an appealing opportunity for high-net-worth, globally mobile individuals. The benefits of having a permanent address in a tax-neutral, well- regulated and governed jurisdiction with modern infrastructure is of increasing importance in a volatile world. The Cayman Islands ably meets these requirements as a safe and sophisticated British Overseas Territory.

Contact the authors of this article and learn more here.