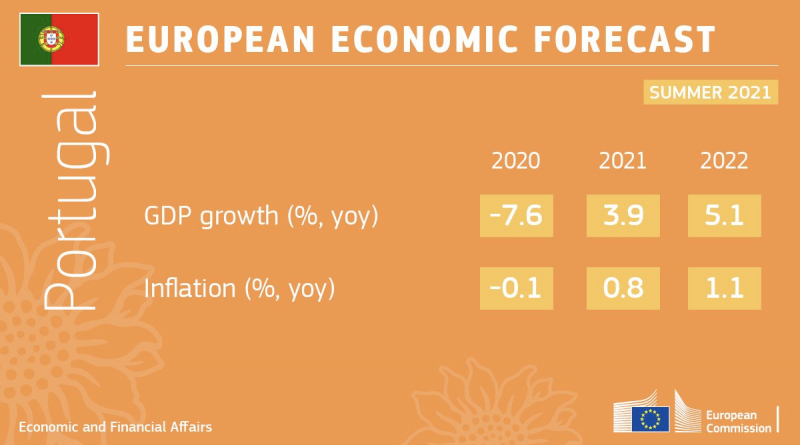 As the rest of the world struggles to recover, the smart money is choosing Portugal’s HQA program,” says Laura Blumes.

HNWI and Portuguese universities are taking a page from the post-COVID playbook of multinational companies. HNWI are fast-tracked to EU residency by launching university-endorsed businesses through the Portugal HQA visa program. A recent IMI article highlighted that HQA applicants are benefitting from preferred immigration processing in Portugal, thanks to their HQA program partners. At a fraction of the cost of older residency programs, the early ones to the game are snapping up the best teams.

Launched just before the global health crisis, the new Portugal HQA visa program matches highly qualified professionals with research teams in partner universities. Through one of Empowered Startups’ incubators, they create an R&D-based venture that leverages the HNWI’s professional activities abroad. Qualified businesspeople gain a channel for revenue generation in the EU, residency with highly flexible time in country, and a smooth path to citizenship. HQA partner universities get practical work for their student researchers and international connections that strengthen rural startup ecosystems.

“Mobility, both in the present and as a future hedge, is a strong driver of demand for citizenship-by-investment programmes, followed closely by business advantages,”

The much-publicized Golden Visa program is now likely to lose status and be dominated by late-to-market clientele. Golden Visa legislation is shifting to more restrictive regulations, upping the minimum spend for VC funds and eliminating real estate options in the preferred parts of Portugal like Lisbon. In July 2021 Portuguese immigration authorities issued record lows of permits under the Golden Visa program, part of a downward trend signaling that processing for these applicants is also being de-prioritized by the authorities.

“I flip real estate on the side in the USA, but I won’t touch the Portuguese real estate market – all the good deals were scooped ages ago”,

– American executive who received her HQA residence
permit 4 days after her biometrics appointment.

The global trend towards countries offering residency-through-business-launch began well before the pandemic. Start up visas have become popular with governments in several countries, including Canada and France. However, Portugal’s Start Up Visa program has failed to deliver significant economic benefits.

The Portugal HQA program was created in partnership with rural universities to build Portugal’s regional economies. Over the last 5-7 years, rural universities in Portugal have increasingly taken on leadership roles in nurturing local economic development. Technology parks co-owned by universities and surrounding municipalities are becoming commonplace. The next stage of this undertaking has been to attract international talent, including foreign companies and international executives themselves.

Portuguese Prime Minister António Costa created a new ministry in 2019, responsible for rural economic development, the same year the HQA program launched. The inaugural Minister is a PhD-level economist, specialized in innovation, and an alumnus of Ernst & Young.  The development of innovative rural economic ecosystems can be accelerated and strengthened by populating those ecosystems with players who are already well-connected internationally, like highly qualified HQA applicants.

Portugal’s priorities are clear: development in rural areas is favored, and investment that drives innovation is preferred. The HQA program meets both criteria, as a result HQA applicants get their permits first. HNWIs and universities are leveraging the Portuguese government’s preferential treatment for a win-win, together creating a smooth path to a prosperous future.

Empowered Startups is an international business incubator and accelerator, with projects in Canada, USA, Vietnam, France, and Portugal. We partner with public research facilities to mentor, accelerate and incubate innovative business ideas. We work with both aspiring and driven entrepreneurial leaders capable of building high potential startups that enhance the prosperity of their chosen ecosystem. Our award-winning incubation platform ESP (www.ESPlatform.ca) is in use in research facilities, incubators, and educational institutions in multiple countries.

The problems that keep us up at night

David (name changed for privacy) chose the Portugal HQA program because it solved both problems that kept him up at night.

First, the pandemic had highlighted what he had long known – his family needed a Plan B. His family already had global mobility as tourists. But, when the global health crisis hit and borders closed, he realized they needed easy access to a peaceful and economically stable country.

Secondly, David knew his company’s success could become a liability. The majority of his company’s cash flow was happening through his home country, and he was realizing almost all his personal financial gains there. He knew he needed to diversify to hedge risk.

David decided residency in Europe was the best option. There he’d have a safe place for his family, top tier universities for his kids, and easy access to global markets for another professional base of operations. Real estate residency schemes seemed to have been already played out —  5 years ago the market was alive with opportunities, but now only the over-priced leftovers remained. Opening a satellite business in Europe that could channel some cash flow made sense to him. The HQA program checked all the boxes.

From start to finish, it took a little over four months for David to get residency in Portugal through the HQA program. David spent most of that time in personal planning discussions with his wife.

The process started with a ZOOM meeting with Empowered Startups to agree on the direction of his new Portuguese venture. Empowered did the heavy lifting in building out David’s venture proposal and matching him with an HQA partner university in Portugal. Then David applied through the local Embassy, with Empowered and the university’s support. The residency visa was issued in 24 days, and David’s biometrics appointment in Portugal was scheduled for 50 days later. David’s residency card arrived in the mail 11 days after his appointment.

Through the Portugal HQA program, David quickly solved two significant problems. He secured his family’s well-being with a smooth path to EU citizenship, and he mitigated his business risk by setting up a secondary headquarters. In just 4 months, through the HQA, he was able to rest easy.