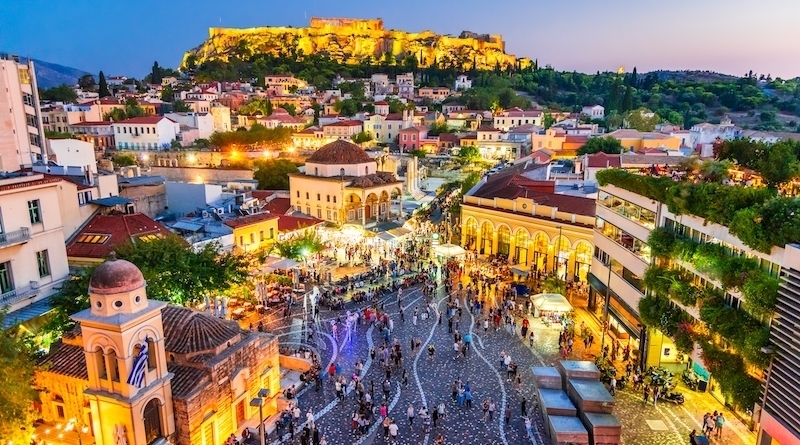 34,517* Greek residence permits were approved by the Greek Ministry of Immigration and Asylum, on grounds of property ownership under the Golden Visa scheme, between 2014 to 2021.

In the foreseeable future, real estate will remain the most popular route for individuals and families in acquiring their Greek residencies.  For some people, owning property on a Greek island or the mainland is a lifetime dream. A house or an apartment in the Mediterranean region, in which one can embrace the azure sky and the turquoise waters of the Aegean or the Ionian Seas, sounds like a no-brainer.

Be that as it may, a tiny percentage of investors opt for an alternative; a time deposit, which means parking €400,000 in an EU bank. Did they lose their minds? At least the two with whom we spoke recently do have their logic. Read on, you might click with them.

The Greek Residency by Investment Program: A flexible option

Frances considers herself one of Greece’s frequent visitors. She has spent several summer vacations in different parts of the country over the last 7-8 years. Her desire to retire in Greece has grown solid since.

But when it comes to the right spot for settling down year-round, the soon-to-be retiree from California is hesitant.  “You know,” she says, “being a traveler is different from being a resident. There are things I need to think about.”

Her 40-year career as an accountant naturally drives Frances to be cautious in spending money on a residency.  “A property that is worth €250,000 is a hefty investment to me,” she remarks. Unsurprisingly, four months ago, when she heard that a term deposit is a viable option for getting her Golden Visa, she started to weigh the pros and cons. A week later, she flew to San Francisco and signed a Power of Attorney at the Greek Consulate there.  “I had my resident certificate in about two months. Now that I am officially a resident in Greece, I can stay as long as I want.”

Frances has a plan in place: “I will do some in-depth travels all over the country,” and when she finds a place where she feels comfortable in all seasons, she will then withdraw her term deposit and buy a home.

“Maybe a city in the Peloponnese, maybe a village on Crete, haha!” she laughs at her daydreams while busily packing up the stuff in her house. A fresh start is on the horizon. Frances aims to jump on a plane to Greece in July, as a local resident, this time with a family member, her pet dog Morris, plus two huge pieces of luggage.

On the other side of the planet, Mehmet took the same action of acquiring his Golden Visa by making a deposit in a Greek bank. He is an anomaly among his peer group: His friends and relatives all secured their Golden Visas by purchasing either holiday homes or Airbnb apartments.  “They simply think I am way too conservative,” says Mehmet smilingly, “if not entirely stupid.”

At age 42, Mehmet is a director of a manufacturing enterprise in Turkey.  His job makes him aware of the nightmarish consequences of the devaluing lira. The prices for importing raw materials for his assembly lines have been skyrocketing. Inflation in Turkey seems to have no end. Food and everyday goods have become luxuries.

The Golden Visa, Mehmet reckons, is the best way for him to convert his assets to euros, a relatively stable currency. Just sending an email to the bank, he can withdraw his money without any hassle. Unlike liquidating a property, where he would need to go through the trouble of finding a buyer and the subsequent formalities.  Indeed, Mehmet’s choice of investments might have been a wise move, in light of the ongoing war in Ukraine. “In times of uncertainty,” he says, “cash is king.”

There are several developments regarding the Financial Products option that make the Greek Golden Visa even more popular. A recent amendment to the Law governing Residency by Investment in Financial Products (Art. 16, Law 4251/2014) has been made with the enactment of Law 4825/2021, with effect from September 4th, 2021.

The procedure for applying for a residence permit by investing in intangible assets is now more flexible than ever before.

By this amendment, the following regulations are in force:

The term deposit option is by far the best golden visa strategy. A time deposit at a Greek bank of at least €400,000 for at least 12 months with a fixed order for renewal will suffice for a Golden Visa. Implementation takes a maximum of 40 days, the investment is risk-free, the capital is safe under the European Bank guarantee, and it includes no extra expenses, such as notary fees, commissions, or transaction duties.

Furthermore, there is always the ability of immediate asset liquidation to reallocate funds. Although the interest rates for bank deposits in Greece are not so high, this option comes with peace of mind for potential investors.

Do you, to some extent, agree with Frances and Mehmet?  Does this off-the-beaten-track strategy seem to be a better opportunity to reach your Golden Visa?

If so, get in touch with our expert consultants by emailing info@goldenvisa-greece.com. With their right guidance and support, you will go through the Golden Visa journey with ease and reach the finish line, in safety and with satisfaction.

Why wait for several months when you can choose GV Greece, cheaper, faster, more flexible, and anxiety free?