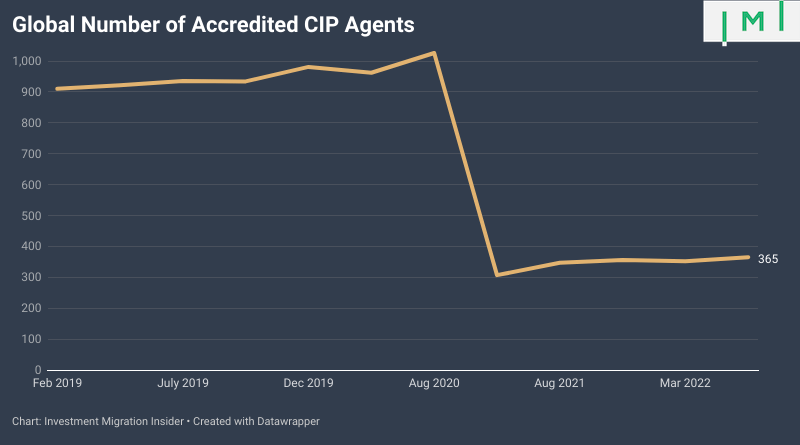 The global number of accredited CBI agents has grown from 352 in March to 365 today, representing growth of 3.7% during the period. 15 new licenses were issued among the eight programs tracked, while only two licenses were withdrawn or not renewed.

No changes to the accredited agent rosters were observed among the citizenship by investment programs of Antigua & Barbuda or Montenegro.

Saint Lucia's CIU approved one new agent - Antilia Global Inc. - and made no further changes to its list.

Two individuals, meanwhile, are no longer listed as licensees:

There were no de-listings during the period.

Dominica added ABL Holdings to its roster. No further changes were recorded during the period.

Finally, Dominica has included UAE-based "Canadian Bureau" on its blacklist.