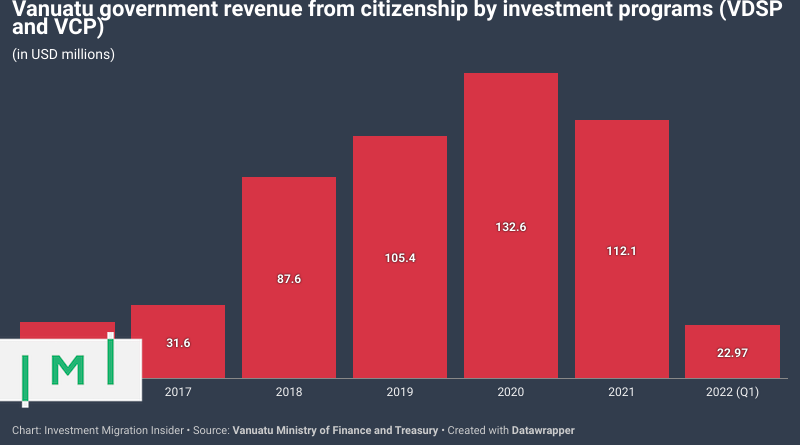 In early May, during the EU-Vanuatu 7th Enhanced Political Dialogue, Vanuatu’s Ministry of Finance met with representatives of the European Commission to discuss a number of issues, one of which was the status of the suspension of ni-Vanuatu passport holders (at least those whose passports have been issued since 2015, which includes practically all CBI citizens) from visa-free access to the Schengen area.

Details of that conversation have not been published in the media (although we did share a note about it in our May 2022 Private Briefing), but IMI has learned from a source intimately familiar with the matter that the Commission made clear to Vanuatu that, if it did not reform its citizenship by investment program to comply with the EU’s desired standards, the visa-waiver suspension would be extended by a further 18 months, and possibly longer.

This is good news and bad for Vanuatu, which had hoped to convince the European Commission to reverse its decision before it took effect on May 4th. Good, because the suspension may yet turn out to be short-term in nature. Bad, because Vanuatu now will not have the chance to reverse the European Council's decision until at least February 2023. If it does not comply with EU demands by then, another 18 months in the “doghouse” await.

Per the Vanuatu Department of Finance and Treasury's most recent data set (Q1 2022), Vanuatu's two CBI programs together raised some US$23 million in the first quarter of this year, funds that accounted for 38% of government revenue (excluding aid payments).