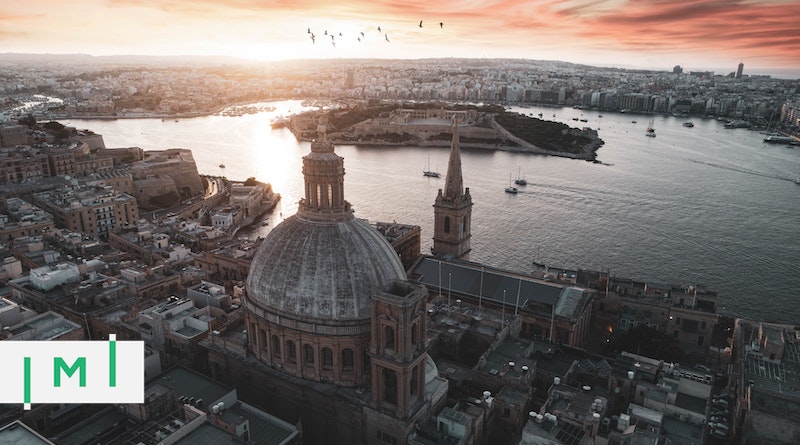 The Maltese Individual Investor Programme (MIIP) will be undergoing monumental changes ahead of its relaunch in September; the government has “scrapped” the old version of the program and introduced one that requires prospective investors create so-called genuine links.

With ever-increasing pressure from the EU, the Maltese government had focused on delivering a new programme that would see greater levels of endorsement from concerned officials. Citizenship Parliamentary Secretary Alex Muscat told reporters on Friday that “The easy way out was to go from IIP 1 to IIP 2 but we wanted to have more people onboard, including the Opposition”.

Reactions to the changes began pouring in soon after the announcement of the changes, with various Maltese officials and media outlets commenting on the matter.

Long-time critics change tune
The Malta Independent praised the changes, demonstrating a softer-than usual stance on the notion of citizenship by investment.

“We have said before that we do not believe in the concept of selling citizenship, and we still feel that passports should not be sold to the mega-rich just because they can afford them,” read an editorial on the newspaper’s website.

“But we have also seen how important the money generated by the scheme was during the Covid-19 pandemic, and the projects that have been paid for by the National Development and Social Fund, where 70% of the IIP proceeds go.”

They went on to describe the changes as a “step in the right direction”.

The Malta Chamber of Commerce, Enterprise and Industry, an association charged with representing the Maltese private sector, voiced its approval of the changes as well. The Malta Chamber issued a statement in which they highlighted their concerns regarding the old structure of the MIIP, stating:

“One missed opportunity in the previous programme was the fact the country did not fully tap into the wider opportunities most of these applicants could have brought in terms of potential investment or expertise to the local economy and social wealth.”

The Chamber revealed it had previously sent recommendations regarding the MIIP to the government, and that the government had taken them into consideration.

“Most of the changes proposed by Government were included in The Malta Chamber’s recommendations and we applaud the inclusion of these proposals such as the 100% increase in minimum value of property purchased by applicant, the mandatory philanthropic donation, and the quota limitation to 1,500 applications.”

The Malta Chamber was, however, critical of one aspect of the new MIIP, concerning the option of renting property instead of purchasing it, writing:

“Despite the good intentions behind the objective to increase the rental value from the present 16,000 to 18,000 euros per annum, the Chamber believes that this will not serve to separate the rental market for IIP investors from that of the average wage earner who usually rents at the same value. The Chamber believes that this will only serve to artificially inflate rents for the rest of the rental market and hence prejudice industry competitiveness. This will be a shame.”

Plaudits of the new MIIP did not halt there, however. The leader of the Maltese Nationalist Party Mr. Adrian Delia, a well-known member of the opposition during the preceding version of the MIIP, praised the changes. “For the past years I have been critical about this scheme and now it is good to see that the government is finally listening to the advice of the Nationalist Party,” said Mr. Delia when asked about the matter.

Delia also addressed the imminent Moneyval report, an EU financial and anti-money laundering analysis of its member states that has historically expressed apprehensions about RCBI programs. On this matter, Mr. Delia stated: “Our Prime Minister said that we will pass the Moneyval report with flying colours, and I hope so too, as we are trying our best to ensure that we pass this very important test.”

While several of the service providers with whom IMI has been in touch did not wish to comment on the changes (we understand they are expected to refrain from reacting publicly until the changes are finalized), the ones who did agree to go on record struck a largely upbeat tone about the new MIIP.

“In my view, the changes are positive,” said Luke Frendo, an MIIP specialist with Frendo Advisors. “They reiterate a commitment to maintaining high standards of due diligence, whilst retaining the competitiveness of the existing programme. We look forward to the new programme receiving the same high caliber of applicants that the existing one has”.

“Allow investors a return on their real estate investments”
Not all stakeholders were equally pleased with the government’s decisions, however. Roderick Cutajar, CEO of Malta-based ImmVest and erstwhile head of the Malta Residency Visa Agency, expressed concern that the MIIP’s position in the European RCBI market might be compromised by the doubling of the real estate investment minimum.

The MIIP, explained Cutajar, competes against other European programs of equal attraction. “Price, in this particular scenario, is of the essence if Government is to continue attracting high net worth individuals to the island,” he commented. “The increase in real-estate is not insignificant. Other asset-based RCBI programs, like those of Cyprus, Montenegro, Portugal, and others, allow beneficiaries a return on investment on their properties whilst, in Malta, purchased property cannot be rented unless in a special, designated area. It would be extremely beneficial if Malta adopted a similar approach, i.e. allowing investors a return on their real estate investment,” he emphasized.

Though disconcerted by the dramatic rise in property investment minimums, Cutajar welcomed the two-tier contribution arrangement, which allows those who contribute more to naturalize faster, as well as the cap on approvals at 400 per year and 1,500 overall.

“The option of providing two different routes for applicants and the capping announced by the Hon. Alexander Muscat are very good moves,” continued Cutajar. “Furthermore, MIIP due diligence processes are considered a benchmark for other CIPs, thus reassuring prospective investors about the high levels of quality people being approved as citizens of Malta. The Maltese passport will certainly continue to be sought after given the correct legislation is implemented.”

“The changes are positive,” began Assraoui. “I spoke to our colleagues in our office in Malta and they are excited about the changes and we all want MIIP’s second iteration to be started as soon as possible.”

The only possible negative he could see, he said, echoing Cutajar, was the doubling of the real estate investment requirement. But even that, he expected, would not pose much of a deterrent.

“The average investment for those MIIP clients who opt to buy [as opposed to lease, the option preferred by the vast majority of applicants] is already close to the new minimum anyway,” he said, adding that his firm is now eagerly anticipating parliamentary approval of the changes so that they can once more assist their clients in applying to the MIIP.