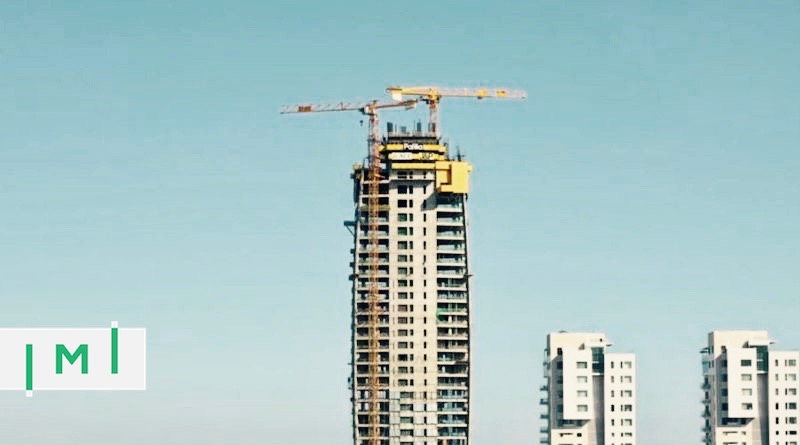 After eight consecutive years of demand-growth, Cyprus’ citizenship by investment program first began to see a slowdown in the latter half of 2019 following the introduction of additional regulations and fees. Now, developers – and, crucially, the banks that finance them – fear there won’t be enough foreign buyers to absorb the island’s growing supply of high-end residential towers.

A Mediterranean Singapore may have to wait
In 2016-18, Cyprus developers secured building permits for dozens of towers and hundreds of up-market apartments, a large share of which are coming to market just as their intended residents are becoming fewer. In late October, key figures in the country’s real estate sector began ringing alarm bells:

“We are barely able to sell one passport a month,” said the chairman of the Association of Property Valuers, Polis Kourousides.

Pantelis Leptos, Chairman of the Association of Land Developers and Construction Businesses – as well as the managing director of the development company that bears his name – was somewhat less pessimistic and expressed hopes domestic demand could pick up some of the CIP-slack.

“More or less, developers have managed to sell apartments in older projects. However, I don’t believe that developers of newer projects have sold any flats. Some luxury apartments can be sold to locals or to foreign businessmen who simply wish to acquire a modern apartment with a beautiful sea view,” said Leptos in October.

Senior Cypriot financiers now tell Phileftheros that local banks have almost entirely closed the spigot of financing for towers since contours of a drastic reduction in CIP-demand became visible in the months following CIP rule changes in May. Bankers and developers worry a glut of luxury towers and a dearth of potential buyers could cause a perfect storm, causing hundreds of millions in losses.

While since 2013, the year of “haircut” infamy, Cypriot banks have been cautious about lending to the real estate sector, property financing has nonetheless continued on a significant scale because of the sector’s import on the country’s overall economy (about 6% of GDP). In recent months, however, reports Phileftheros, banks have been turning away developers hoping to finance tower-projects.

Complicating matters are the relatively long lead-times on payment from investors whose funds require extensive scrutiny by virtue of their use in the citizenship program. The delay in verifying the origin of the money and whether it is ‘pure’, as well as the need to keep funds in escrow until the processing is complete, “creates problems for developers”, a bank official told Phileftheros.

The recent outcry over the naturalization of politically exposed persons (PEPs) and an international fugitive has banks further on edge.

Limited spillover to Mainstreet
Fresh data from the Central Bank of Cyprus (CBC), however, may belie the concerns of luxury developers and banks; in the second quarter of 2019 (a period, it must be noted, before the decline in CIP-demand had materialized), apartment prices rose 4.3% on the year, and house prices 2.3%.

Year-on-year, flat prices rose the most in Larnaca (9.4%) and Limassol (7.2%), followed by Famagusta (5.3 %), Paphos (2.2%) and Nicosia (1.9%), reports Cyprus Mail. The Central Bank pointed out that growth in Nicosia was almost entirely owed to growing demand from locals, unlike in Larnaca, Limassol, and Paphos, where foreign buyers are a much greater influence on the market.

Conceding that the tightening of regulations and the introduction of additional fees in May had negatively impacted the high end of the market, the CBC indicated the effects on the island’s overall property sector could be contained. The existing stock of non-luxury abodes, moreover, was not sufficient to meet demand from local and international students, said the CBC. Furthermore, the segment of the market most affected by dropping CIP-investment mostly involves cash-purchases (or at least no mortgage-financing from Cypriot banks) and would, therefore, limit the risk of local banks, whose chief exposure is toward developers rather than homeowners.

One who isn’t particularly worried about the property market is President of the Republic, Nikos Anastasiadis. Addressing an audience at the annual State Architecture Awards this week, the president said he expected the momentum of the real estate sector to continue thanks, in part, to a range of government measures to support what he called a “dynamic” recovery.

Among the policies he listed as providing support to the sector were recently introduced tax and planning incentives, a new flexible and simplified urban licensing policy, and incentives for the construction of affordable housing.

A consensus appears to be forming on the effects reduced demand for the citizenship by investment program will have for Cyprus’ property market: Upscale developers will take the brunt of the impact, while properties in the meaty part of the bell curve will continue on a modest upward trajectory.