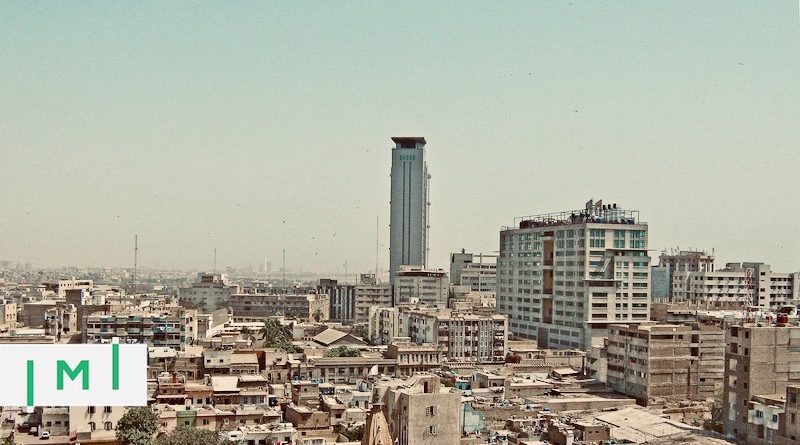 Characterized by rapid growth and only modest levels of competition, Pakistan ranks as the world’s third most eligible RCBI market in the 2020 Investment Migration Market Eligibility Index. We consider Pakistan’s prospects from the perspective of RCBI.

Extreme demand, tempered by a lack of purchasing power
With a Quality of Nationality Index of just 7.5%, Pakistanis have among the lowest levels of travel and settlement freedoms of any nationality. That, together with inadequate economic freedom, endemic corruption, and sectarian violence drives intense interest in all forms of emigration from the country. As a result, Pakistan already has a 9-million strong diaspora, about a third of whom have settled in the English-speaking world.

Because of its very low GDP per capita (US$1,185 in 2019), however, investment migration makes up only a tiny fraction of overall emigration from Pakistan. Though the country’s GDP per capita is about 25% lower than that of India, Pakistan’s number of investor migrants per million population (6.1) was more than four times greater than that of its Southern neighbor during the 2015-19 period. Adjusting for differences in GDP, only four countries have a higher propensity for participating in IM programs; Vietnam, Turkey, Malaysia, and Bangladesh.

221 million people
Pakistan’s population – half of which is made up of under-20-year-olds – this year supplanted that of Brazil to become the world’s fifth-largest, and is poised to exceed a quarter billion within a decade. The country’s two largest cities – Karachi and Lahore – are home to a combined 30 million-or-so people. At an urbanization rate still below 40%, Pakistan will inevitably see its major cities swell further over the next several decades. The UN Population Division estimates Greater Karachi will house in excess of 26 million people ten years from now.

Such lofty population and urbanization growth alone – even at modest rates of economic expansion – promise to deliver successive waves of new HNWI, most of whom are virtually guaranteed to consider investment migration. In 2019, Wealth-X estimated that Pakistan’s Ultra-HNWI population had grown at an annualized 8.4% between 2013 and 2018, the eighth fastest growth rate of any country during the period.

RCBI-participation strongest for programs with flexible capital requirements in English-speaking countries
rogram preferences among Pakistani RCBI participants reflect their position at the early, rather than mature, stage of wealth building as well as their receptivity to permanently expatriating; the top three programs (The UK Tier 1 Entrepreneur, US E2, and Australia BIIP) all have flexible capital requirements and usually call for significant physical presence.

While the overall number of investor migrants from Pakistan grew by only a modest 10% in the 2015-19 period, participation in the three CIPs for which nationality-data are published rose by a steep 68%. Though precise figures are not published, we estimate that between 150 and 300 applications for Turkey’s CIP in the last three years have originated in Pakistan, making it the most popular CIP among Pakistani by a comfortable margin.

Low-cost/high-complexity
Though the government’s capacity to enforce it is limited, Pakistan’s law mandates that its nationals who reside abroad, are not minors, and already hold citizenship of another country renounce their Pakistani citizenship, except where an explicit bilateral agreement to waive that requirement exists between Pakistan and the other country. As of October 2020, Pakistan has such agreements with 19 countries, only one of which (Jordan) is a CBI-jurisdiction. Turkey and Pakistan are reportedly in talks over a dual citizenship agreement, which would ease the cross-naturalization among the two predominantly Sunni-muslim states.

The biggest international RCBI-specialist firms with boots on the ground in the country are ARY-AAA Associates, Aqua Investments, Bayat Group, and Mahandru Associates. There are also a number of respectable domestic providers, including Lalani & Associates and HF Corporation.

Pakistan has a very low overall cost level, but experienced and highly-skilled RCBI professionals are also hard to come by. Persuading foreign executives to take up a post in the country is also likely to require additional compensation for hardship and risk.

The practical challenges of opening and operating a business are also considerable; Pakistan ranks 108th in the world on Ease of Doing Business. Capital controls represent another obstacle to those who would invest their Pakistani rupees abroad; chided by the FATF for its inability to stem the flow of terrorism-financing capital out of the country, Pakistan has imposed strict controls on foreign exchange. That, combined with what the Heritage Foundation characterizes as “excessive state involvement in the economy” represent artificial barriers to growth that, if removed, would see capital accumulation further accelerate.

To learn more about the most eligible RCBI markets in 2020, see our recently published report: