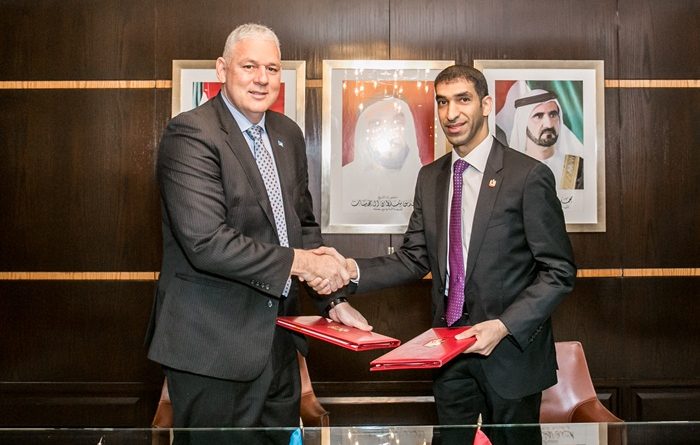 The latest in a flurry of visa-free dealmaking activity resulting from the United Nations General Assembly this week, both Saint Lucia and Vanuatu have now signed mutual travel-freedom agreements with the United Arab Emirates, according to an article in Emirati newspaper Ahlan.

Earlier this week, Saint Kitts signed similar agreements with Russia and Indonesia and signaled that one with Laos was on its way. Grenada also signed with Russia. They should make the General Assembly a monthly event!

The agreement will facilitate easy movement of citizens between the two countries.

The agreement was signed by the Honourable Allen M. Chastanet, Prime Minister of Saint Lucia and Dr. Thani bin Ahmed Al-Zeyoudi, Minister for Climate Change and Environment of the UAE, in the margins of the General Debate of the 72nd Session of the United Nations General Assembly, in New York.

Over the past year, the Government of Saint Lucia has actively strengthened its technical cooperation with the UAE, particularly in the area of renewable energy and mutually beneficial investment opportunities.

Under the UAE Caribbean Renewable Energy Fund, technical teams from the UAE have traveled to Saint Lucia to meet with their counterparts and engage in needs assessment and feasibility studies on the ground. Once finalized the approved projects will be the first in a line of development initiatives between Saint Lucia and the UAE.

The exemption will take effect 30 days after the date of signing and will permit visa-free entry to holders of the exempt passports and a stay for a maximum of 60 days.”