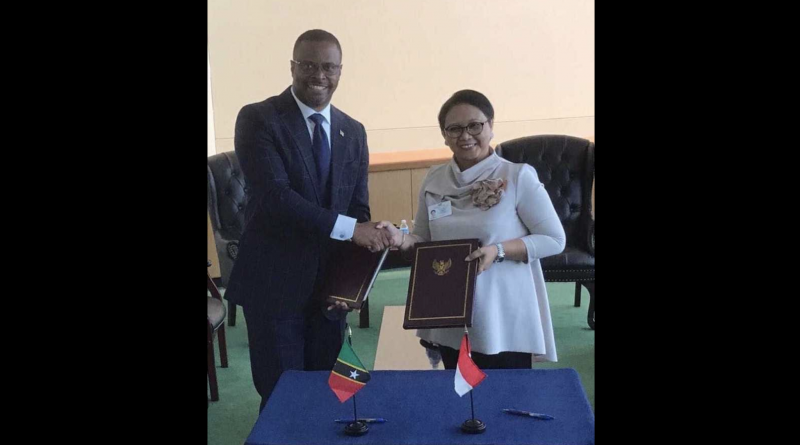 It’s been a great week for travel freedom.

Talks on the so-called “sidelines” during the ongoing United Nations General Assembly in New York have yielded a number of new visa-waiver agreements, and both Saint Kitts & Nevis and Grenada signed such deals with Russia earlier this week.

Saint Kitts & Nevis, in particular, appears to be on a roll. Moments ago, the Ministry of Foreign Affairs announced they had also signed a visa-waiver agreement with Indonesia, and that a similar accord with Laos was in the works.

Saint Kitts & Nevis also formally established diplomatic relations with the Lao People’s Democratic Republic, and indicated that top of the agenda was working out a visa-waiver agreement.

“After a brief ceremony, both foreign ministers enthusiastically discussed areas for mutual cooperation in the international arena with the view of achieving global peace and security and sustainable development for all. Foreign Minister Kommasith was also excited to pursue a reciprocal visa exemption agreement between both countries at the soonest positive (sic) time.”