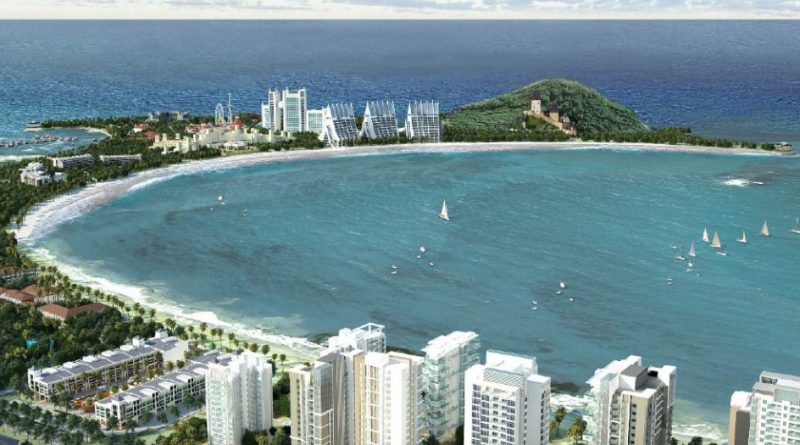 Former Prime Minister Dr. Kenny Anthony said, on Friday, he had filed a claim in the High Court against the government of St. Lucia regarding the agreements reached with Desert Star Holding Ltd. (DSH), the Hong developer behind the CBI-financed project.

The claim seeks declarations from the court that the agreements between the government of St. Lucia and DSH are “unconstitutional, null and void,” writes Caribbean News Service.

When/if completed, the gigantic project will contain a horse racing track, high-end hotel and residences, a casino, a free-trade zone, and a marina, and is expected to further elevate St. Lucia’s position as a unique holiday destination in the Eastern Caribbean.

Anthony, who is a member of the St. Lucia Labor Party (SLP) opposition that lost elections in 2016, is also arguing that the financial arrangements underpinning the agreements are in breach of the Finance Administration Act of Saint Lucia and the Citizenship by Investment Act.

He is also seeking declarations that the agreements to grant concessions are “irrational and an abuse of the discretionary powers of the government of St. Lucia.”

The claimant is also requesting the High Court order an injunction on the project.

“I have taken this step because I believe that the agreements as presently exist are not in the best interest of my constituents, the neighboring constituencies of Vieux Fort North and Augier/Laborie and indeed, the people of St. Lucia in general,” Anthony said.

Anthony argues the project “will destroy and inflict considerable harm” on the farmers in his constituency and other nearby communities due to the removal, by the contractor, of fences protecting grazing grounds. He claims that some farmers have also abandoned their animals and crops as a result of the actions of the government.

“Vieux Fortians will become prisoners in their own community, since their access to the beaches and surrounding lands will be restricted,” he believed. It is worth noting that all beaches in St. Lucia are considered public.

He added that the proposed method of financing the project is “outrageous and an abuse of the goodwill of the people of St. Lucia,” possibly referring to funds that would be generated through the citizenship by investment scheme.

The US$2.6 billion development, set to be located on the island’s southernmost tip and to cover an area of 700 acres, has been a topic of contention ever since the developer signed an agreement with the government in July 2016. The opposition argues that the fate of a project on this scale should not be decided behind closed doors but through a national public dialogue.

The opposition had previously warned to take matters to court if Allen Chastanet, current PM  leader of the United Workers Party (UWP), did not address their concerns about the project.

Worth noting is that it was Kenny Anthony himself who – during his premiership – launched the St. Lucia citizenship by investment scheme in December 2015. The current PM, Allen Chastanet, however, introduced drastic changes to the in 2017, including slashing the required investment amount for single applicants by 50% to US$100,000 and eliminating a requirement for applicants to prove a net worth of US$3,000,000 stimulate demand for the program.