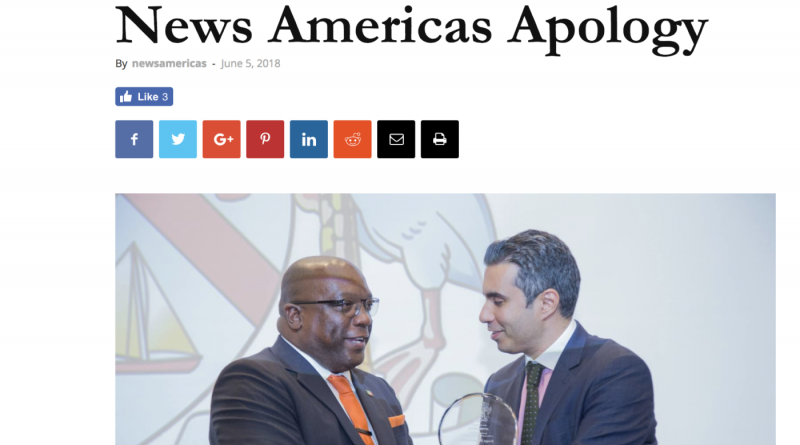 News Americas has issued an apology to Range Developments and Mohammed Asaria for publishing a story on Monday in which it wrote that Mr. Asaria had been arrested and detained in China, and have also admitted that the article was “a sponsored one from an advertiser”.

When the story first surfaced on June 4th, Range and Asaria immediately rejected the allegations and provided Investment Migration Insider with photographic evidence to disprove the allegations. They further promised swift and comprehensive legal action against the progenitors of the defamatory article.

News Americas have now issued the below apology:

The article was a sponsored one from an advertiser that should have appeared with a headline ‘Sponsored Content’ or PR News and not as ‘Breaking News.’

Unfortunately, this did not happen because of an editorial misstep on our part and for this we apologize sincerely and for the damage this may have caused to Mr. Asaria and Range Developments.

We have since removed this article from across our syndicated network.

News Americas prides itself on its fair and accurate news coverage but has no hesitation in acknowledging when it has erred. This is one of those very rare moments and for that, we also apologize to our dear readers who have come to rely on our news source.

Responding to the statement, Mohammed Asaria said “This was a clear attempt to smear and defame my name and the reputation of Range Developments. We shall be sparing no efforts to find whoever is behind this despicable action and bring them to justice. Legal counsel have been engaged in four jurisdictions and are preparing for a lawsuit”