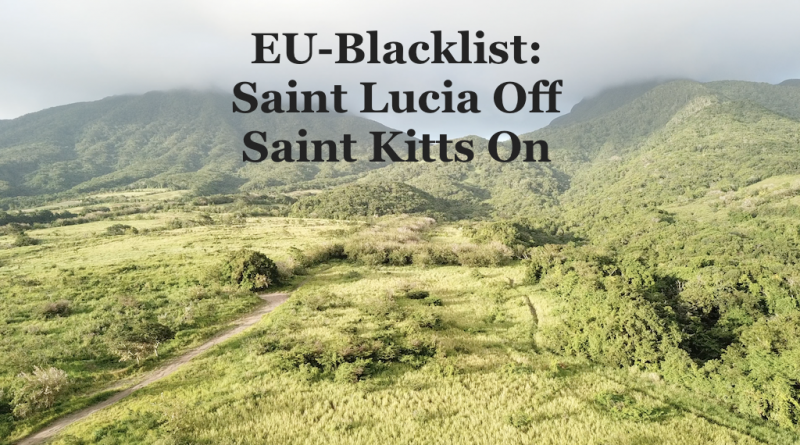 The EU has added Saint Kitts & Nevis to its list of so-called “non-cooperative” tax jurisdictions while dropping Saint Lucia. EU tax regulators have placed Antigua & Barbuda and Dominica on a “grey list”, according to Reuters.

Until its listing on March 8th, Saint Kitts & Nevis had been the only remaining Caribbean CIP-country to have avoided a brush with the dreaded system of lists, a mechanism the EU has employed frequently in recent months to influence the tax policies of ostensibly sovereign countries, chiefly small island nations in the Caribbean and the Pacific.

Joining Saint Kitts & Nevis in debuting on the blacklist are the Bahamas and the US Virgin Islands. The full blacklist now numbers nine jurisdictions. The other six are American Samoa, Guam, Namibia, Palau, Samoa and Trinidad and Tobago.

What the EU’s Blacklisting Means for Saint Lucia and Grenada

Along with Saint Lucia, Bahrain and Marshall Islands are now stricken from the list as a result of having complied with EU tax authorities’ demands.

Tax evasion is criminally punishable. Tax avoidance, on the contrary, is the (quite rational) practice of paying as little tax as possible by legal means. To clarify, the countries on the list are not accused of facilitating any criminal acts but are threatened with sanctions for not conforming to Western European and North American tax levels and information sharing standards.