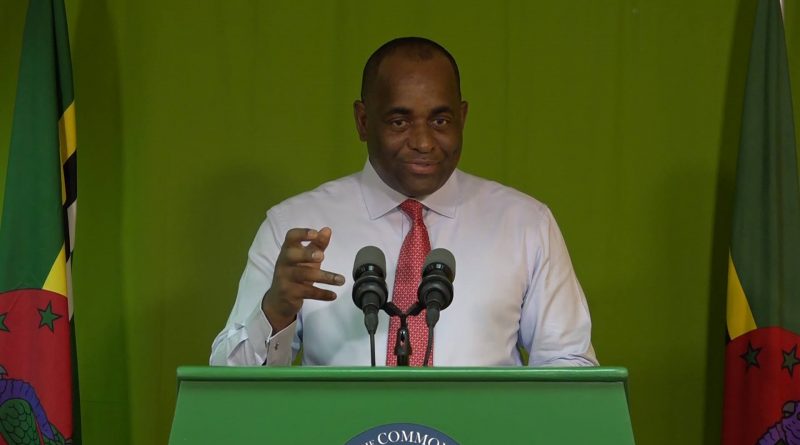 During a press conference yesterday, Prime Minister Roosevelt Skerrit of Dominica announced his cabinet had decided to “create 1,100 jobs for skilled and unskilled workers” in a plan financed by the country’s citizenship by investment program (CIP) set to start on March 1st.

“It is the government’s view, while we will be building homes, putting roofs back on our heads, building roads, building river defenses, building schools, we should not lose sight of the human aspect of development,” said Skerrit, according to Dominica News. “And therefore we need to ensure that we can maintain the sanity and the dignity of our citizens.”

The decision follows the most devastating Carribean hurricane season in years, which last year saw Hurricane Maria leave at least 30 Dominicans dead, in addition to extensive damage to the island’s buildings and infrastructure.

Read: Hurricane Maria Leaves 15 Dead, 20 Missing in Dominica, State of Emergency Declared. How You Can Help

How do you solve a problem like Hurricane Maria?

The Prime Minister indicated that a concern for traditional family values had played a big part in his administration’s decision to tap into CBI-reserves to fund what he acknowledges will be a costly endeavor.

“[…] in our view, it will be an investment that is worthwhile because the cost of repairing any potential damage will be more significant to the country and in the process we want to ensure that men, in particular, can maintain their respect and rightful place in their household, as head of the household because if they are unable to bring a pay packet at the end of the month, they may lose that position, a position that has been given to them by God,” Skerrit said. “It is clear in the bible and it must not only be in name, it must be in practice.”

The Prime Minister added that when someone is “unable to bring a paycheck as a husband or boyfriend to your girlfriend or to your wife, then you have a problem.”

Read: Dominica CIU Already Back in Business, in Spite of Hurricane Maria Havoc

He said the Cabinet Secretary will provide details to the public next Monday.