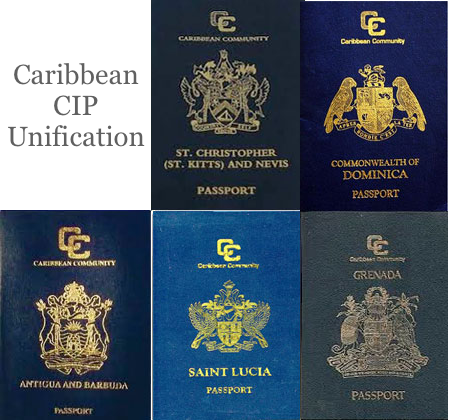 Representatives from the five Caribbean Citizenship by Investment Programmes (CIPs) convened yesterday in Saint Lucia in a meeting orchestrated by the Organization of Eastern Caribbean States (OECS) to “explore opportunities for increased collaboration and harmonization of due diligence processes”, according to a press release.

Perceived by many as a first step on the path toward a possible full-fledged unification, the assembly outlined plans for an information sharing mechanism and the coordination of the CIP’s respective vetting standards. The purpose of such harmonization, according to Saint Lucian Prime Minister Allen Chastanet, was to “streamline” CIP due diligence procedures across the Caribbean.

“If an applicant applies in Saint Lucia and is rejected, mechanisms must be in place to ensure that this person does not surface elsewhere in the region as a citizen through another CIP,” PM Chastanet said.

Director General of the OECS, Dr. Didacus Jules, remarked that while a number of wealthy Western countries ran investment migration programs of their own, they exerted great pressure on smaller countries engaged in the same market.

“When the weak and vulnerable are able to successfully engage on playing fields like these, every effort is made by the strong and powerful to change the rules of the game” said the Director General, and went on to posit that “[Caribbean CIPs’] only chance of winning is to make the integrity of these programs unassailable”.

In an exclusive interview with Investment Migration Insider last week, Prime Minister Chastanet expressed his wish to turn the five Caribbean CIPs into a single program, pointing out that, as citizenship in any of the Caribbean CIP nations grants settlement rights in all five of them, the programs are already effectively selling citizenships to each others’ countries.